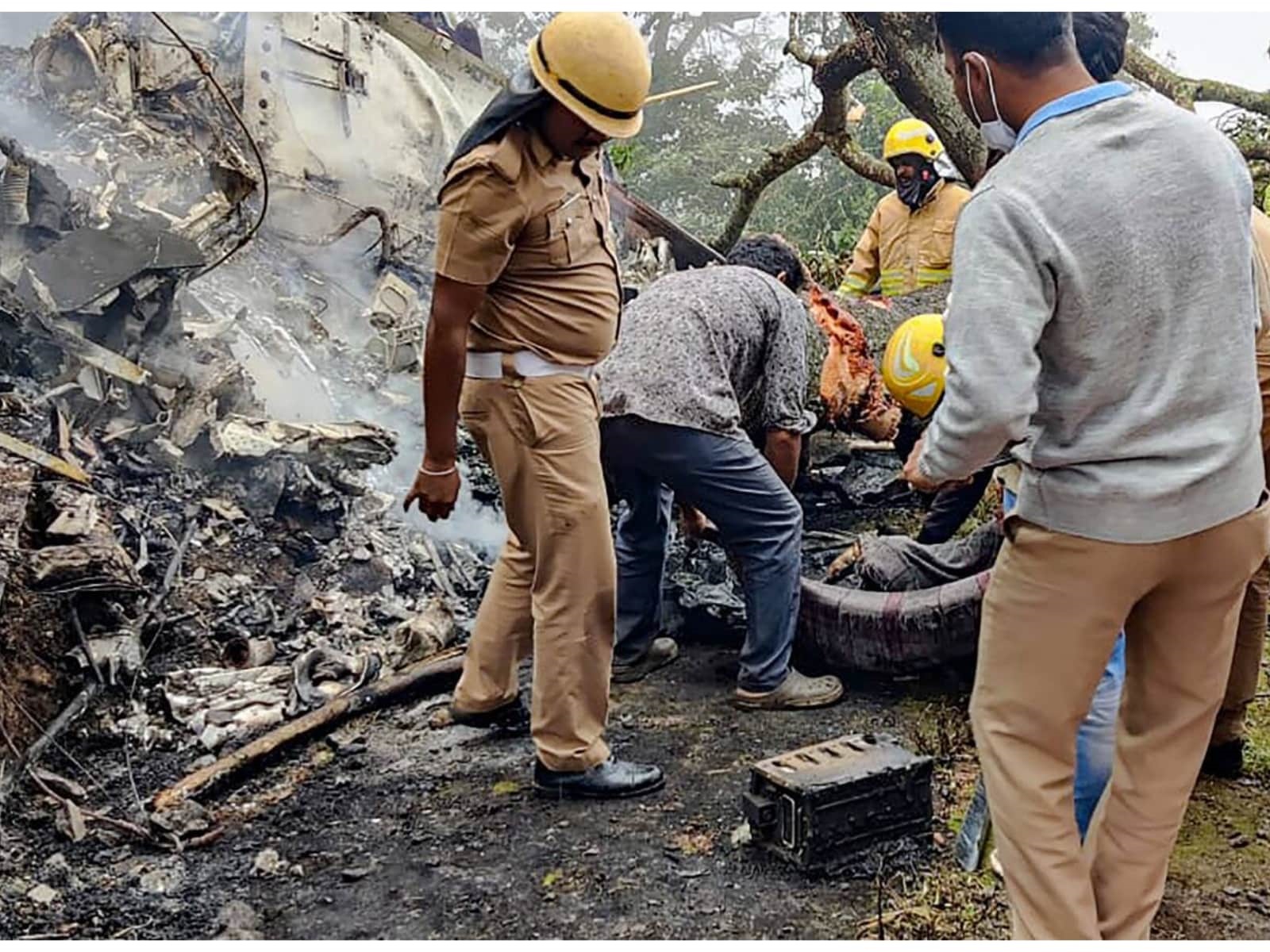 The nation has bid farewell to Chief of Defence Staff, General Bipin Rawat as he was laid to rest with full military honours, and as per protocol, he was accorded a 17-gun salute at his funeral. However, questions remain as to what are the possible reasons for the chopper crash, writes Sunny Sharma

The Black Box has been found while the Indian Air Force has ordered a tri-service investigation led by Air Marshal Manavendra Singh, Air Officer Commanding-in-Chief, Training Command, into the Mi-17 V5 chopper crash in which Chief of Defence Staff Bipin Rawat, his wife and 11 others of the armed forces were killed. The inquiry team has already reached Wellington and started the investigation, Defence Minister Rajnath Singh told both Houses of Parliament. The ill-fated Mi17V5 helicopter, manufactured by Russian Helicopters’ subsidiary Kazan, had an onboard weather radar and was equipped with the latest generation of night vision devices. Equipped with an on-board weather radar and the latest generation of night vision devices, the chopper was reportedly flying at a low altitude in foggy conditions when it crashed in a valley, leading to the death of 13 persons.

However, what is intriguing is that there was no distress call and ATC contacted to confirm landing in seven minutes.  The IAF chopper was to land at Wellington by 12.15 pm but the Sulur Air Traffic Controller lost contact with the copter at 12.08 pm, 20 minutes after take-off, Rajnath Singh told Parliament. Actually, the chopper had taken off from Sulur at 11.48 am, considered a grey zone due to unpredictable weather in Nilgiris after 11 am in winter.

The pilots of the ill-fated copter carrying General Rawat and his entourage had radioed to Air Traffic Controller (ATC) that the copter was descending to land at Wellington helipad, but had not given any distress call. The copter that took off from Sulur (Coimbatore) at 11.48 am was slated to land at 12.15 pm at Wellington, but the ATC lost contact with the copter at 12.08 pm. Reportedly, the copter established contact with the ATC to confirm landing in 7-8 minutes.

The IAF, meanwhile, has recovered the flight data recorder (Black Box) of the copter. The flight data recorder and the cockpit voice recorder will ascertain what happened between the call to the ATC informing that the copter was descending to land and the crash. The chopper carrying CDS Rawat also had his wife Madhulika Rawat, Brigadier LS Lidder and Lt Col Harjinder Singh, among others, onboard. The Chief of Defence Staff was headed to Defence Staff College in Wellington where he was scheduled to take part in an event along with Chief of Army Staff Gen MM Naravane.  A total of 13 individuals on board the Mi-17V5 chopper, including Gen Rawat and his wife, died in the crash.

According to a fireman who was among the first to reach the site, Gen Rawat was still alive after the mishap and was taken to an ambulance wrapped in a bed sheet. The CDS died on the way to hospital, as per the rescue worker. The condition of Group Captain Varun Singh, the lone survivor of the IAF chopper crash, is critical but stable, and undergoing treatment at the Command Hospital in Bengaluru. He is a decorated officer and was on board the Russian-made chopper as the liaison officer for the visit of Gen Rawat, India’s senior-most military officer, to the Defence Services Staff College in Wellington.  He was conferred with the Shaurya Chakra in August for averting a possible mid-air accident after his Tejas light combat aircraft was hit by a major technical accident last year.

However, some possible reasons have emerged that might have led to the chopper crash involving CDS Gen Bipin Rawat.  Initial reports suggest that bad weather may have led to the crash of the IAF’s Mi-17V5 chopper. Low visibility owing to foggy conditions may have caused the crash.  The initial assessments from eyewitness accounts suggest that the copter may have hit a “terrain”, in this case the hills. The helicopter debris was strewn over a large area of the valley, suggesting it hit a hill before hurtling down and catching fire, sources said. Weather reports suggest there was sudden clouding in the area. The helicopter took off from Sulur after 11 am — considered a grey zone because of the unpredictable weather in the Nilgiris after 11 am in winter.

Also, it will be established if the military plane carrying General Rawat from Delhi to Sulur was delayed, hence delaying the take-off from Sulur beyond 11 am – the grey zone.  Investigators will also find out if Chief of Defence Staff General Rawat was told about the possible bad weather en route. A road cavalcade was kept ready for them to use at Sulur.  While the chopper carrying CDS Gen Bipin Rawat crashed in an area away from human habitation, there is speculation that it might have been entangled in power lines.  The Indian Air Force (IAF) has initiated an inquiry that will likely determine the height at which the chopper began its descent before crashing in the Katteri-Nanchappanchathram area in the hilly Nilgiris district.

Enquiry reports would be eagerly awaited in view of conspiracy theories that have emerged after the crash.  Many social media users alleged China could have orchestrated the incident, given the ongoing standoff with Ladakh. Many of these conspiracy theories referred to a similar accident in Taiwan last year. In early January 2020, Taiwan’s chief of general staff general Shen Yi-ming and seven others were killed when the helicopter they were travelling in crashed in mountains near Taipei. Shen was the senior-most official in the Taiwanese military and a key figure in its air force. The helicopter that crashed was a US-made UH-60M Black Hawk.

Eminent strategic analyst Brahma Chellaney was among those who referred to the Taiwan crash as he tweeted, “Gen. Rawat’s death has an eerie parallel with the helicopter crash in early 2020 that killed Taiwan’s chief of general staff, Gen. Shen Yi-ming, and seven others, including two major generals. Each helicopter crash eliminated a key figure in the defence against PRC’s aggression.”

However, he emphasized the crashes were not necessarily connected. Chellaney wrote, “The strange parallel doesn’t mean there was any connection between the two helicopter crashes or an outside hand. If anything, each crash has raised important internal questions, especially about maintenance of military helicopters transporting top generals.”

Interestingly, China’s state-run Global Times took note of Chellaney’s Tweet. The Global Times handle claimed Chellaney’s view was akin to suspecting the US was involved in the crash that killed Rawat due to its opposition to India’s decision to buy the S-400 missile system from Russia. Global Times tweeted, “This view is like suspecting the US played a role in the crash because India and Russia are moving forward with the delivery of a Russian S-400 missile defence system, which the US strongly opposed.”  Chellaney accused the Global Times of misusing his tweet and argued its response “sadly points to the depraved mindset of the CCP folks”.  He had noted the death of Rawat during the “warlike situation along the Himalayan front” could not have come at a “worse time”. 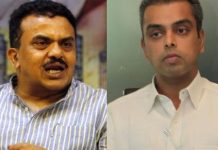