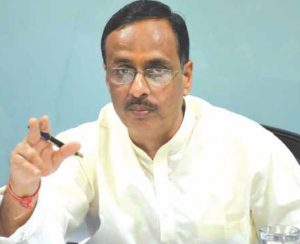 Priyanka Gandhi Vadra, according to a senior BJP leader, has no locus standi to demand that Uttar Pradesh responds to her call. “We find no instance where any state has indulged in such a procedure with a private person. But they were just interested to create an issue any play dirty politics,” said Deputy Chief Minister Dr Dinesh Sharma in a telephonic conversation with Tehelka.

“Priyanka was in no way capable to take charge of keeping record of people coming and screening them. So, if buses were to be arranged, Rajasthan Government should have spoken to Uttar Pradesh Government. Who will be responsible for the safety, health and well-being of the travelling migrant,” he added.

“Instead Rajasthan government could come forward in touch with us because of set protocols between the governments for interstate transfer of migrant people. We could have initiated the process with more ease,” he explained.

Defending the allegations about insufficient arrangement for the movement of trains and buses to take home its migrants in UP, he highlighted the efforts of UP government and said, “The UP government deployed around 27,000 buses and more than 1454 trains to clear the influx of migrants. Our labourers have been brought back from Gujarat and Maharashtra after due coordination worked out with their governments.”

Dr Sharma told that the government have brought around 2.51 lakh migrant workers by 199 special trains to Gorakhpur, 10.09 lakh to Lucknow by 86 trains. “We arranged 457 trains from Gujarat carrying 6.60 lakh, 280 trains from Maharashtra 3.80 lakh, 204 trains from Punjab carrying 2.22 lakh migrant workers to Uttar Pradesh. The arrangements have been made to quarantine them and after screening they would be given ration kit for further home quarantine,” the Deputy CM pointed out.

“The government will do its best to create jobs for them and a massive exercise is on for their skill mapping,” he said.

“Provide us a list of our people in stranded in other states. We will initiate set procedure to bring them back. But we will not allow people to just ride on a bus and intrude into the border of the state,” Dr Sharma warned.

In a scathing attack on the Congress move for marching destitute migrants, Sharma said that if they are so upright why not they show this generosity for them in Punjab, Rajasthan and Maharashtra as well. “I don’t see them doing this. In fact, lakhs of people from Uttar Pradesh are stuck in these states and these three governments have been totally apathetic towards them. They have not even been provided with food or shelter,” alleged the Deputy CM.