Congress leader Priyanka Gandhi Vadra on Saturday slammed Uttar Pradesh (UP) government over deaths in the state due to the consumption of poisonous liquor.

Taking to the microblogging site, Priyanka in a tweet said, “In UP, there have been deaths due to poisonous liquor in many places including Lucknow, Firozabad, Hapur, Mathura, Prayagraj. There were deaths from poisonous liquor in Agra, Baghpat, Meerut. After all, what is the reason that the government has failed to take action against poisonous liquor mafia instead of some pretentious steps? who is responsible?”

According to reports, in the past few days, several people died in UP after consuming poisonous liquor. 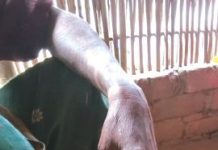