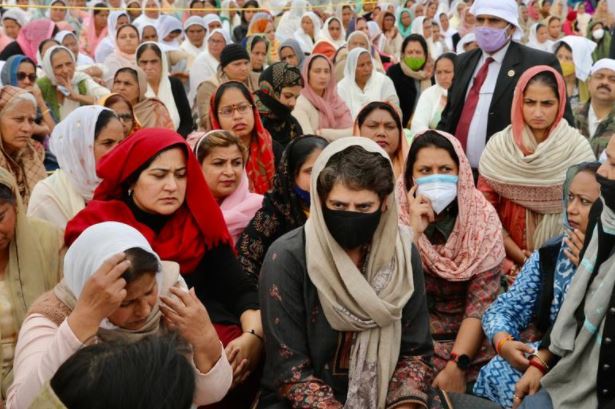 Priyanka attended the prayer meet of Navreet Singh whose tractor overturned on January 26, after ramming into a police barricade.

She offered her condolences and paid floral tributes.

Earlier in the day, several vehicles of Priyanka Gandhi’s cavalcade collided while she was on her way to Rampur to meet the family of Navneet Singh.

Four cars hit each other at Hapur district, fortunately no one was injured in the incident that took place near Garh Mukteshwar area.

Thousands of farmers have been camping at the borders of the national capital since November 26, demanding the repeal of the three agri laws.