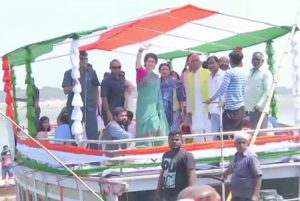 According to party leaders, she embarked on her much-anticipated boat ride from the Manaiya Ghat in Kachnar tehsil of Prayagraj district and will conclude at Varanasi’s Assi Ghat on Wednesday evening, a day before the festival of Holi.

Priyanka will also meet the family of CRPF soldier who lost his life in the Pulwama terror attack.

On her way, she will make pit-stops and interact with people who live by the river and seek support for the party for the Lok Sabha elections.

Triple lockdown for a week begins in Kerala’s Thiruvananthapuram 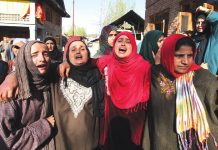