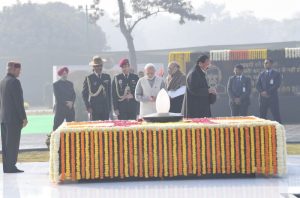 Prime Minister Narendra Modi on Tuesday remembered the former Prime Minister Atal Bihari Vajpayee and paid tribute to departed leader on his 94th birth anniversary. A special prayer meet was organised at Rashtriya Smriti Sthal in memory of Vajpayee, who died in August 2018.

“Tributes to Atal Ji on his Jayanti. We reiterate our commitment towards creating the India he dreamt of,” Prime Minister Modi tweeted.

“Remembering our former Prime Minister and a true Indian statesman, Shri Atal Bihari Vajpayee, on his birth anniversary. Atalji will always live on in the hearts and minds of the people of our country,” Kovind tweeted.

“Shri Atal Bihari Vajpayee was a leader who was respected and loved by all. A man who believed in the power of democracy above all. We honour him today on his birth anniversary,” Congress tweeted.

Atal Bihari Vajpayee, whose 94th birth anniversary is celebrated as Good Governance Day, is remembered by the nation.

Speaking on the occasion, Modi said, “our minds are not ready to believe that former Prime Minister Vajpayee is no longer with us. He was a stalwart loved and respected across all sections of society.” 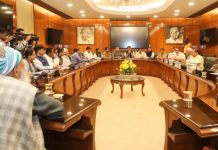