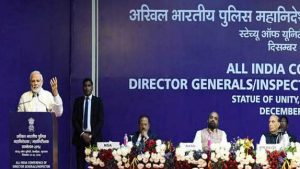 Prime Minister Narendra Modi on Sunday launched the website of the Cyber Coordination Centre on the concluding day of 3-day DGP Conference.

The Conference of Director Generals of Police was organized at Kevadiya in Narmada district of Gujarat, under the shadow of the Statue of Unity.

Launching the website, Prime Minister Modi said, “This is a one-stop shop on all cyber-related issues, whether it is cybercrime or cybersecurity.  It would also act as a bridge between law enforcement agencies on the one hand, and academia and private cybersecurity professionals on the other.”

The Conference also focused on improving cybersecurity in the country and on preparing the Police forces to prevent and investigate cyber crimes and financial frauds.

Modi lauded the contribution of the police forces in the maintenance of internal security scenario. He directed the Heads of Police forces to take steps for creating a responsive and sensitive Police force.

The prime minister also emphasized that coordination of Central Armed Police Forces (CAPF) and central agencies with the State Police forces and coordination amongst neighbouring States was absolutely essential for successfully dealing with complex issues of crime prevention and management of law and order in the country.

Modi advised the DGPs to make imaginative use of information technology to reach out to all sections of society through websites and apps to provide various police related services and safety advisories.  He highlighted the misuse of social media by anti-national forces for creating mass unrest and for radicalizing vulnerable youth in this context.

A Large number of issues concerning internal security, criminal Justice system, terrorism, Left Wing Extremism and bridging the gap between police and public were discussed at the conference.  The focus of the Conference was on achieving better coordination amongst all the police forces. 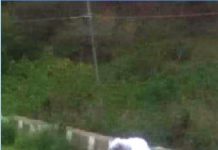