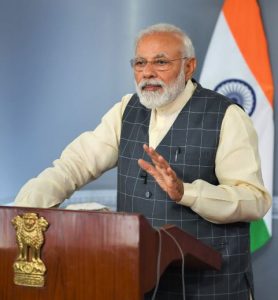 Prime Minister Narendra Modi on Thursday flagged off the Nagpur Metro, through video conference from New Delhi. The 13.5 km long, Khapri- Sitabuldi section of the Nagpur Metro was inaugurated through the digital unveiling of the plaque.

Addressing the gathering through video conference, Modi congratulated the people of Nagpur for the second metro service in Maharashtra. He said that this is a special moment for him as he had laid the foundation stone for the Nagpur Metro in 2014. The Metro will provide a better, cost friendly and environment friendly means of transportation for the people in Nagpur

Modi said that the Union Government and State Government are working continuously for the development of Nagpur, keeping its future requirements in mind. He added that Nagpur metro will create employment opportunities for the youth and will also help in the further growth of the city.

Highlighting the initiatives of the Union Government in building modern transport system throughout the country, Modi said that 400 km of an operational network of the metro have been built in the past four and half years. He added that work is progressing on 800 km of a metro network throughout the country.

Modi said that the Union Government has an integrated approach towards finding solutions. He reiterated the government’s commitment towards ensuring Ease of Living for all the citizens of the country. 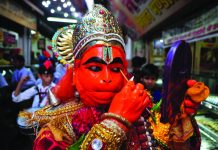