Prime Minister Narendra Modi will be in Brasilia, Brazil on November 13-14 to attend the 11th BRICS summit. The theme of the BRICS summit this year is “Economic Growth for an Innovative Future,” the statement said.

This will be the sixth time that PM Modi will be participating at the BRICS summit. His first BRICS summit was at Fortaleza in Brazil in 2014.

A large business delegation from India is also expected to be present during the visit especially to attend the BRICS Business Forum where the business community of all five countries are represented.

Prime Minister is scheduled to hold separate bi-lateral meetings with the Russian President Vladimir Putin and the Chinese Premier Xi Jinping apart from the BRICS business forum closing ceremony and the closed & Plenary Sessions of the XI BRICS Summit, it said.

In the closed session, the discussions are expected to be focused on challenges and opportunities for the exercise of national sovereignty in the contemporary world. This will be followed by the BRICS Plenary Session where the leaders will discuss the intra BRICS cooperation for the economic development of BRICS societies, it added.

Immediately thereafter a BRICS MoU between Trade and Investment Promotion agencies will be signed.

On the conclusion of the summit leaders will issue a joint declaration. 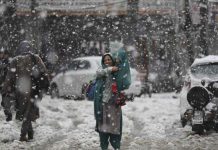