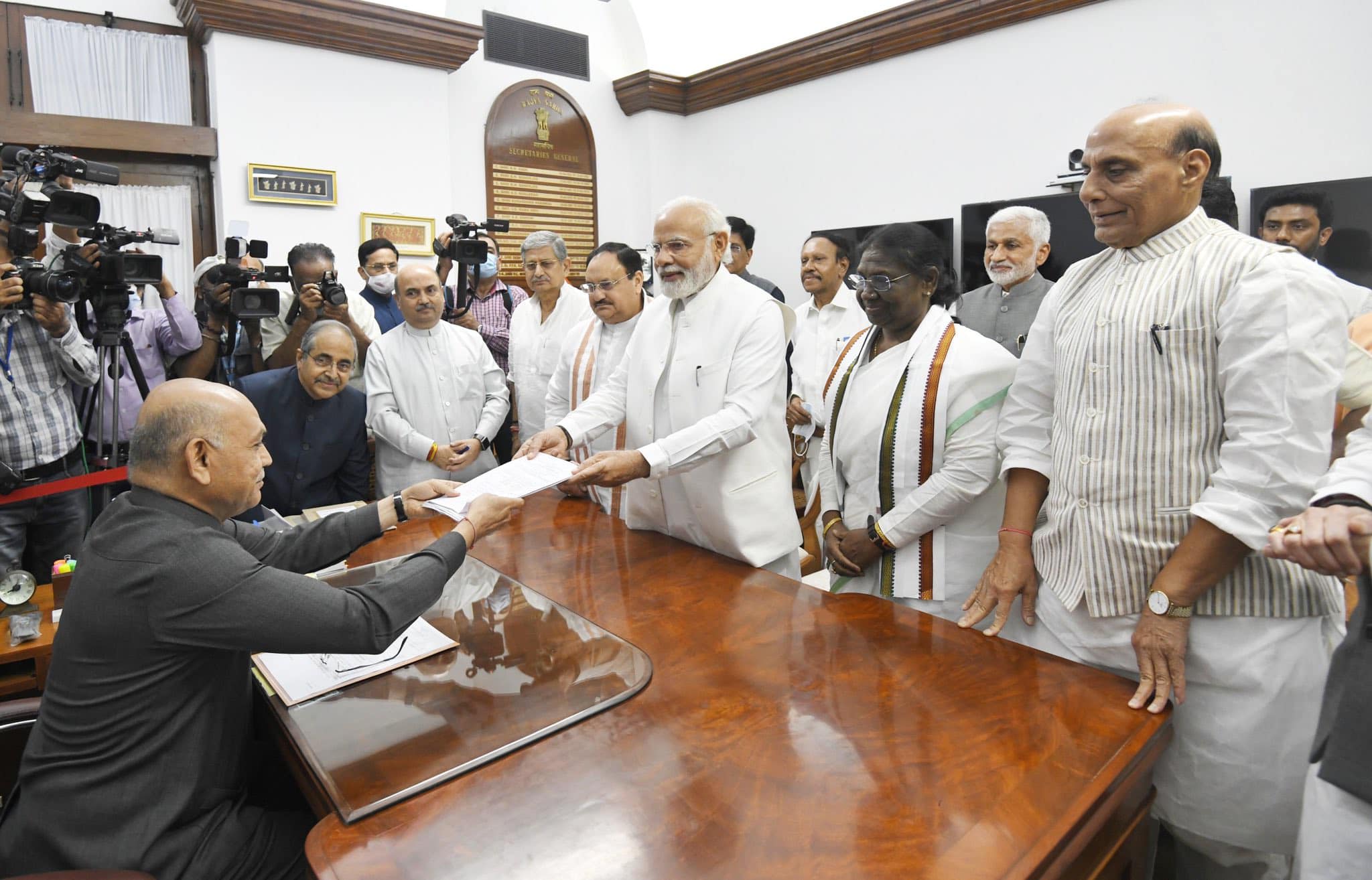 The BJP’s overreach to tribal folks with the nomination of Droupdi Murmu, a tribal woman and former Governor of Jharkhand, for the top constitutional office would ultimately consolidate its political base among tribal voters, writes Mudit Mathur

The way prime minister Narendra Modi and his closest aide Home Minister Amit Shah checkmated the opposition parties over fielding Droupdi Murmu, a tribal woman and former Governor of Jharkhand as the NDA’s presidential candidate, has once again proved their unassailable political acumen over rival politicians. Her victory to the highest constitutional post of India, in the pending poll process, is just a mere formality now. The opposition parties played their cards so badly as most of its proposed candidates backed out at the last moment and refused to leave active politics to be in public life.

The decision to field the 64-year-old Murmu as NDA nominee was taken soon after the collective leadership of 17 opposition parties, “unanimously” backed the 84-year-old bushed Yashwant Sinha, a Vajpayee aide and staunch critic of the Modi-Shah duo, as their consensus candidate for the July 18 Presidential election. The BJP finalised the name of Droupdi Murmu under the stewardship of Narendra Modi and Amit Shah displaying unmatched foresightedness and political savvy electoral permutations and combination – setting the future narrative for engaging its rivals.

By nominating Murmu, a tribal leader from Odisha, the BJP has not only ensured the support of Odisha CM Naveen Patnaik and his Jharkhand counterpart Hemant Soren, a tribal leader, in the polls, but also paved the way to win the tribal votes in poll-bound Gujarat, Madhya Pradesh, Rajasthan and Chhattisgarh– where deep resentment prevail over their involuntary land acquisition related conflicts hurting corporate interests for mining activities and human rights violation in anti-insurgency operations of central security forces.

The symbolism behind Murmu’s candidature is of much bigger importance than her actual political profile for BJP as it conceived much wider outreach plans for such sections.  She is the first tribal woman to hold the post of Governor and completed full five years in the Ranchi Raj Bhawan. She was barely known earlier beyond her home state of Odisha where she had served two terms as a BJP legislator and as minister in the erstwhile BJD-BJP coalition government under Naveen Patnaik.

The Congress leader Rahul Gandhi has been trying to woo tribals for a long time. He has launched ‘Adivasi Satyagrah’ of his party for the welfare of tribals as its outreach efforts. These efforts suffered a setback when he failed to field a single tribal candidate in the recently held Rajya Sabha polls in Chhattisgarh which is having a substantial population of tribals. Thus, the Congress is pitted in a catch 22 situation if it opposes Murmu, then the  BJP may easily brand them anti-Adivasi.

The saffron party has already been on an overdrive to reverse its electoral losses in Rajasthan, Chhattisgarh, Madhya Pradesh and Gujarat by celebrating the tribal community’s icons such as Birsa Munda. Now its overreach to tribal folks with Murmu’s nomination for the top constitutional office would ultimately consolidate its political base among tribal voters.

The BJP campaigners would amplify the massage that it was only Modi who had the guts to nominate a tribal women for coronation to the highest constitutional office of the nation. The saffron party would take credit for this political symbolism – something the Opposition, particularly the Congress party, failed to do in the 75 years since Independence despite having no dearth of tribal leaders in their party.

The repeated rejection only helped build the perception that none of these leaders wanted to enter a race they knew they were bound to lose. Pawar clan and Abdullahs are subject of investigation by various agencies and these cases continue to hang over their heads like the sword of Damocles.

Sinha’s candidature was finalised “unanimously” at a meeting of various opposition parties called by NCP chief Sharad Pawar in Delhi on June 21 evidently as a ‘last ditch effort’. Leaders of the Congress, NCP, Trinamool Congress, CPM, CPI, RJD, DMK, AIMIM, National Conference, AIUDF and the SP were present at the meeting. Approval for Sinha’s candidature had also been obtained from the RLD, PDP and the Shiv Sena.

Sinha performed important roles in government – both as an officer of IAS cadre (1960 batch) and then as Union Minister under two prime ministers, Chandra Shekhar and Atal Behari Vajpayee. Sinha is in the presidential race which is just heading for a symbolic fight.

Opposition’s nominee Yashwant Sinha said, “If I am not able to win the election, should I withdraw? When we are on the battlefield, we fight with full might. I have already said we do not have any personal fight with Droupadi Murmuji. I know her very well and convey my best wishes.” “But this is a battle of issues. It is to save the Constitution of India and I can tell you with confidence that I will be more constitutional when I will be in the President House than the NDA candidate,” Sinha added.