IT SPELLED change with a capital ‘C’ when 13 year-old fashion blogger Tavi Gevinson was invited as a special guest to the Marc Jacobs fashion show at last year’s New York Mercedes Benz Fashion Week. She even sparked an online spat when her giant bow-shaped headpiece obstructed the view of one of British fashion’s most senior writers, Grazia magazine Style Director Paula Reed, at the Christian Dior haute couture show in Paris. But Tavi remained unfazed, because her fashion blog, Style Rookie, gets 1.5 million hits a month, compared to which Grazia’s circulation in the UK alone, which stands at 229,732, looks bleak. Back home, fashion bloggers Payal and Priyanka of High Heel Confidential tasted sweet success when they were invited for the recently-concluded Lakme Fashion Week as part of the media. The message was crystal clear: the Indian fashion fraternity had finally woken up to the fashion blogger.
Fashion bloggers have recently become an influential posse. Though the first fashion blog appeared only in 2002, their number has grown considerably since then. Google them today and you will find more than 18,400,000 hits.
Though still in its nascent stage in India, the trend is spreading like wildfire. The fashion-conscious youth of metros like Mumbai and Bengaluru are aching to get their point of view across. Payal and Priyanka of High Heel Confidential, which chronicles Bollywood’s style quotient, say, “This medium allows room for immediate reactions, opinions and comments. Designers, buyers, celebrities… know exactly what the people are thinking and bloggers are beginning to play as important a role as critics in swaying opinion.”

‘The biggest problem with Indian fashion is that there is no concept of prêt. There are no fashion houses like H&M or Zara, that bridge the gap’

In fact, fashion bloggers have aided the democratisation of the fashion industry. The days of a small sect of fashion designers and editors calling the shots about what to wear are over — replaced by a space where the consumer holds power. Media professionals Sonu Bohra, 23, and Jasleen Kaur Gupta, 26, startedFashion Bombay, on which they list budget yet unique buys for Mumbai women. “We take pictures of each other dressed in the trends that we spot. We are far from size zero, and hence a reader of our blog can know exactly how a silhouette will look on their body-type.” Much like 24 year-old Smrithi Rao from Bengaluru, who is a DIY queen on her blog Vintage Obsession. “All my DIY stuff is something everyone can try at home,” she says. Mumbai-centric blogs like 26-year-old Manu Tyagi’s Wearabout and 22 year-old Karishma Rajani’s Purple Peeptoes showcase ordinary people on the street with extraordinary style. Manu says, “I think fashion is about creating different looks with what one already has — to make one’s ‘wardrobe staple’ versatile.” As Ruhi and Faiza Sheikh of The Republic of Chic say, “These blogs mix designer wear with stuff from a little-known store.”

THIS HIP CLIQUE has very definite opinions on the latest trends that walk the ramps. “The biggest problem about Indian fashion is that there is no concept of prêt. There are no fashion houses like H&M or Zara, that can bridge the gap,” says Jasleen. And though designer Little Shilpa’s funky headgear is a hit with the front rows, socialites and editors alike, Smrithi couldn’t disagree with it more: “Who will wear a fan on their heads — that too one that is switched on. It looks as if it’s all made of scrap!” She would love to see the good ol’ hide-those-hips harem pants on the ramps, and maybe some of those jumpsuits — like the ones by her favourite designer, Jean Paul Gaultier.

‘The biggest problem with Indian fashion is that there is no concept of prêt. There are no fashion houses like H&M or Zara, that bridge the gap’

Internationally, the diversity of perspectives has influenced the collections of designers. For example, Diane Von Furstenberg’s spring 2010 collection showcased harem pants, capris and wide-legged trousers for the first time — a favourite with everyday fashionistas.
How do mainstream fashion writers react to the Indian fashion blogging phenomenon? Nonita Kalra, editor-in-chief of ElleIndia, India’s largest selling fashion magazine, feels that bloggers could be useful for the industry as they are expanding its reach: “They communicate in a language that younger people understand.” But Mid-Day Fashion Editor Shweta Shiware bemoans the fact that serious fashion writers may be made redundant due to this: “It’s not whether they make sense or not, but about how quickly their blogs reach readers.”
Also, the phenomenon of the fashion blogger has been marred by allegations that the “independent voice” may be in danger of being silenced. Robert Johnson, associate editor at men’s magazine GQ, was quoted as saying: “Bloggers are attractive to the big design houses because they are so wide-eyed. As soon as they’ve been invited to the shows, they can no longer criticise because then they won’t be invited back.” So will Indian fashion bloggers still retain their “we are the voice of the masses” stance when they hit the big time, get front row fashion show invitations and brands start scrambling for ad space? We will just have to wait and watch. 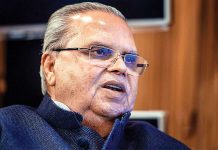 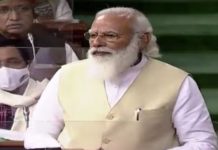