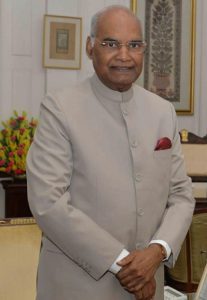 Speaking on the occasion, Kovind said that Indian democracy is a shining example for the world.

We are both the largest and most diverse democracy. While the contribution of all stakeholders in our election process is important, two stakeholders stand out. These are the voters and the Election Commission. In their roles, they complement each other.

Koind noted that the theme of Voters’ Day this year is, “No voter to be left behind.” He said that the principle behind this is very simply the principle of upholding equality of political rights and of universal franchise. A general election in a democracy is akin to a sacred ritual. He urged all eligible citizens to become part of this ritual and participate in the general election of 2019.

Kovid said that India’s sheer size and the logistics of elections in our country make it critical to embrace modern technology. India’s democracy and electoral system is held in high regard internationally. Election institutions of many countries have studied our electoral management system. The Election Commission of India has helped train officers and built capacities in several countries. This is a reflection of the respect for it.