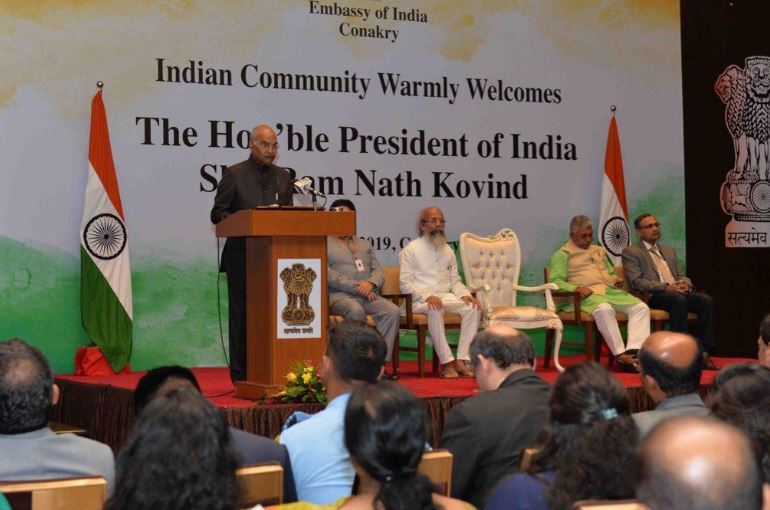 Addressing the gathering, President Kovind said that given the complementary strengths of India and Guinea, there are numerous opportunities in trade and investment and for businesses to grow both ways. Development cooperation is a key element in our engagement with Guinea, from healthcare, fight against Ebola, agriculture, transport to energy security. He noted that the Indian Community in Guinea, though small in number, is vibrant and making significant contribution to the progress of this country. He said that in whatever capacity they may be in this country, each one of them has earned respect and a name for themselves and for India.

The President said that we see our Diaspora as an integral part of our transformative journey. Through their ideas, enterprise and on-ground presence in Guinea, they can foster growth and development in India. He assured them that we stand by them, firmly and strongly, when they need us.

On August 1, President Kovind was conferred the National Order of Merit of Guinea, the highest award of Guinea at the banquet hosted in his honour by President Conde. The President dedicated this honour to the people of India, to their respect and regard for the Guinean people and to Guinea-India friendship.