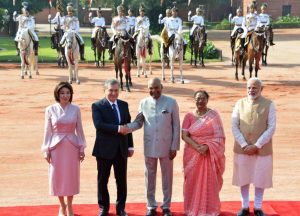 Uzbekistan President Shavkat Mirziyoyev, accompanied by a high-level delegation, who is on a two-day visit to India, was on Monday received by President Ram Nath Kovind and Prime Minister Narendra Modi at the Rashtrapati Bhavan.

President Mirziyoyev, along with his wife Ziroat Mirziyoyeva visited the Taj Mahal on 30th September and described it as a temple of eternal love.

This is the first visit of President Shavkat Mirziyoyev to India since assuming office in 2016.

The president is being accompanied by high-level Uzbek delegation members, including Ministries of Trade, Healthcare, Education, Information Technology and Innovation, senators and regional governors, as well as heads of State for the Investment Committee and Tourism Committee.

“Visit of the president of Uzbekistan will provide an opportunity to discuss bilateral, regional and multilateral issues of mutual interest and reinforce the strategic partnership which exists between India and Uzbekistan,” the Ministry of External Affairs had earlier said in a statement.

Since 2011, relations between India and Uzbekistan have traditionally been close and cordial. The two countries have raised their relations to the level of “Strategic Partnership” encompassing cooperation in a wide spectrum of areas including health, defence, political, economic, education, culture, human resource development, counter-terrorism, science and technology, and tourism. 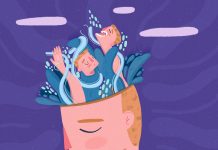