President Droupadi  Murmu  inaugurated  the Historic world famous Mysore Dussehra festival on Monday  by offering a special pooja to Goddess Chamundeswari  at Chamundi hill.  This is the first time that the President inaugurated  the Dussehra festival and   her first visit to the state as the president of India. The festival begins on the first day of Navratri  with nightly pujas and ends with the Jambusawari  procession on the day of Vijayadashami .

Earlier Karnataka chief minister Basavaraj Bommai  along with Karnataka Govervor Thawar chand Gehlot welcomed president Murmu at the Mysuru airport and felicitated her. After  formal light lamping ceremony at Chamundi Hills, Droupadi Murmu inaugurated the 10-day Mysuru Dasara festival. Like every dusshera The streets of Mysuru were already lit up with colourful lights as the city is going to witness a grand festival celebration for the next few days. Starting from Monday, the celebrations will go on till October 5.  Lakhs of  tourists  expected to visit Mysuru this year to experience the grand celebrations.

According to the  statement issued by Rashtrapati Bhavan, the president will attend a felicitation function, ‘Poura Sanmana’, which will be organised by the Hubli-Dharwad Municipal Corporation in Hubli. She will later inaugurate the new campus of the Indian Institute of Information Technology in Dharwad.

According to HAL statement  President Droupadi Murmu will Inaugurate HAL’s State-of –art  integrated Cryogenic Engine Manugacturing Facility (ICMF) on Tuesday. This facility will cater to the entire Rocket Engine Manufacturing under one roof  for ISRO and boost self-reliance in manufacturing of high-thurst rocket engines. The Facility is set up over and area of 4500 sq mts housing over 70 hi-tech equipmentand testing facilities for manufacturing Cryogenic (CE20) and Semi-cryogenic (SE2000) Engines of Indian Space Launch Vehicles.

Dussehra festival will be held for  starting from Monday  till October 5 and  For this Rs. 36 crores has been allocated by the Karnataka  government according to sources. 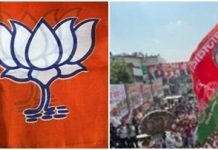