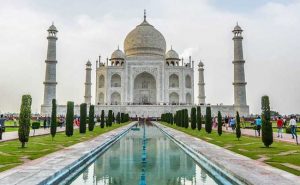 The Supreme Court on July 11 pulls up centre and Uttar Pradesh Government over the issue of protection of the Taj Mahal, one of the seven wonders of the world, and warned the government over its failure to produce a vision document which would preserve the monument of love for posterity.

“You (Government) can shut down the Taj. You can demolish it if you like and you can also do away with it if you have already decided,” SC Bench remarked on the carelessness on the part of government towards protecting the heritage monument.

“Uttar Pradesh (Government) is not bothered. No action plan or vision document has come yet. Either you demolish it or you restore it,” the Bench observed.

SC bench, comprising justices Madan B Lokur and Deepak Gupta, has been repeatedly asking the centre and the state governments to produce a blueprint to ensure that the Taj survives more than the predicted 400 years.

The bench said it will take up the matter on a day-to-day basis from July 31.

Pollution is the major reason harming the heritage site by causing the monument to turn yellow over the years despite the court’s continuous monitoring efforts.

Additional Solicitor General Nadkarni said, “Centre has taken a serious view of the matter. The committee has been set up that will find out the exact source of pollution in and around Taj. Three to four months are required for the report to be prepared.”

The apex court asked the Uttar Pradesh government in December 2017 to come up with a “detailed and comprehensive vision document” that would protect the Taj for at least another couple of centuries. 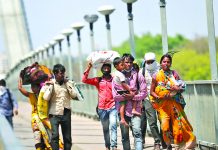 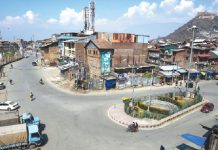