Scientists have announced the discovery of a possible lake, buried a mile under the ice near the South Pole on Mars. A Mars orbiter has detected a lake about 20 kilometers across, buried under layers of solid ice.

Combining more than three years of observations from the European Space Agency’s orbiting Mars Express spacecraft, Roberto Orosei of the National Institute of Astrophysics in Bologna, Italy and his colleagues pieced together possible evidence to show the possibility of a lake on Mars, in a report which was published online on July 25 in the journal, Science.

Planetary scientist, Briony Horgan of Purdue University in West Lafayette, Indiana said, “This is potentially a really big deal. It’s another type of habitat in which life could be living on Marstoday.”

The MARSIS instrument of the Mars Express orbiter, which stands for Mars Advanced Radar for Subsurface and Ionosphere Sounding, aimed radar waves at the planet to probe beneath its surface. Combining the 29 radar observations taken over three years, MARSIS revealed a bright spot in the ice layers near the South Pole of the planet.

Orosei and his colleagues considered other explanations for the bright spot, but the presence of a lake seemed to the most plausible. The lake is probably not pure water, considering the temperatures at that depth can reach -68° Celsius and pure water would freeze there. But a lot of salt, in particular magnesium, calcium, and sodium compounds are known as perchlorates, which are readily found on the surface of Mars, dissolved in the water could lower that freezing point. Scientists suggest the pool could also be more mud than water, but that could still be a habitable environment.

“If this [lake] is confirmed, it’s a substantial change in our understanding of the present-day habitability of Mars,” said Lisa Pratt, NASA’s planetary protection officer.

The MARSIS team has been searching since Mars Express began orbiting the Red Planet in 2003, although under-ice lakes were first hinted at back in 1987. It took the team more than a decade to collect enough data to convince themselves the lake was real.

Extensive observations by different space agencies have hinted that Mars was once a wet world, after analyzing the ancient waterways on the planet.

The scientists can’t confirm how deep the lake really is; the radar pulses from the MARSIS instrument bounce off the surface of the water, but can’t reach the bottom. They, however, say it has to be at least a meter deep.

The observation has stunned the space enthusiasts around the world, as it adds to the possibility of a living life on the red planet. It may take a while to confirm whether it is really a lake of water, considering it is not very easy to investigate at such a dept with limited technology. Scientists could get a robot to the designated place and drill underground till 1.5 kilometres in order to establish the presence of water.

However, the development marks a remarkable step in the search for life on other planets. Possibilities of future human missions to the planet will require basic sustenance for life, the presence of water is one of them. There are about a dozen rovers and satellites actively studying Mars and have been able to beam back significant and critical data, which could help in further understanding of the planet.

The surface of Mars may be inhospitable today, but NASA says there is clinching evidence that in the distant past, the Martian climate allowed liquid water, which is an essential ingredient for life.

Another recent announcement by NASA about the presence of organic molecules that might have supported ancient life had the scientists rubbing their hands in glee. NASA’s Curiosity rover in June this year had found new evidence preserved in the rocks on Mars that suggest the planet could have supported life in the past. The rich soup of carbon compounds present on its surface that are necessary for life, at least as we know it, raised the confidence of researchers about the presence of life sometime in the past on the red plant. The presence of Methane in the atmosphere also adds to the enthusiasm, and the seasonal variation of its composition — similar to the behaviour observed on earth — was a shot in the arm.

Significant breakthroughs have already been achieved as far as Mars is concerned, a planet which excites the imagination of the planetary scientists world over. The reason for that is simple. Mars is the most probable candidate where life could be found on the solar system — or could be made to exist — considering its environment and proximity to the sun.

Further, the proliferation of private space agencies has now once again excited the interest of space enthusiasts, which have exacerbated the research and development of rockets and satellites. A prominent example is that of SpaceX, the brainchild of billionaire entrepreneur Elon Musk. SpaceX has been doing unparalleled research in exploring the future avenues of space transportation. And the company has been stunningly successful in developing cutting-edge space transportation technologies, edging out even NASA, by bagging top of the line rocket building and launching contracts.

SpaceX is currently developing a mega rocket, known as BFR (Big Falcon Rocket), slated to be about 348 feet (106 meters) tall by 30 feet (9 m) wide, which plans to transport humans to Mars by 2024. The company is already in plans to develop space transportation vessels that take humans beyond earth’s orbit to our neighbouring celestial bodies.

Many other private companies are in the fray, competing and researching for extensive space transportation projects. Another private company, Virgin Galactic, successfully conducted its flight tests to take tourist to low earth orbits. Started by the British Entrepreneur Richard Branson, Virgin Galactic joins the race for space tourism that promises to hold good potential. The company is also exploring to develop space missions beyond the earth’s orbit.

To sum it all up, the human interest in space exploration is again on full throttle. As our home planet hots up owing to global warming, scientists are already on a look out for new planets for possible human colonization, to give humanity an alternative. While the cold war had heated up the space race resulting in a series of hugely successful Apollo missions, the enthusiasm had somehow died down post the 80s. The colossal budget constraints involved in space transportation had also discouraged the space agencies worldwide, leading to a sluggish period in research and development of new missions.

Human interests will, however, continue to stick to Mars for now, which might serve as an emergency ‘refuge’ for humanity in a possible future global catastrophe. As earth’s resources dry up and carbon dioxide accumulates, scientists are convinced the humanity has to explore avenues beyond our own planet. As the scientists point their focus towards newer planets for possible extraterrestrial life, we can only hope they find something the mere knowledge of which makes us jump in exaltation. 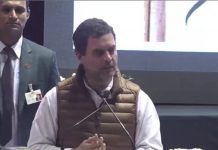