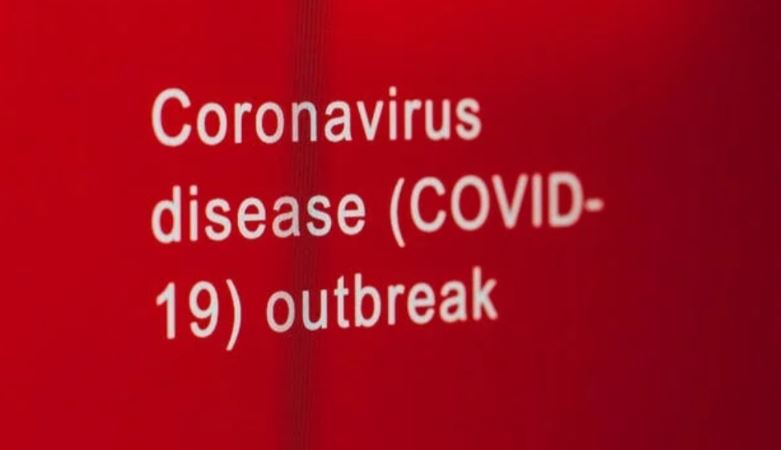 COVID-19, the respiratory disease caused by the new coronavirus (SARS-CoV-2), continues to spread around the world and in India. Many countries are asking people to stay home and self-quarantine. The World Health Organization (WHO) has officially called the disease a pandemic—a disease outbreak occurring over a wide geographic area and affecting an exceptionally high proportion of the population.

According to the WHO, globally there are almost 472000 confirmed cases of people with COVID-19 and almost 21000 people have died from the disease till 27th of March —a death toll that has far surpassed that of the severe acute respiratory syndrome (SARS) epidemic that occurred in 2002 and 2003.

In India, numbers are changing daily, as different parts of the country experience different levels of COVID-19 activity. In India Maharasthra and Kerala have reported the highest number, followed by Karnataka and Gujarat . We expect that many will be exposed to the virus in the coming months (such widespread transmission could mean large numbers of people needing medical care at the same time—which is why an important strategy is to try to delay the spread). India has announced a 21 day lockdown in an effort to slow down the transmission of the virus.

SARS-CoV-2 is a virus that scientists haven’t seen before. Like other viruses—including Ebola (a deadly infectious disease that originated in Africa) and influenza—it is believed to have started in animals and spread to humans. (Specifically, SARS-CoV-2 is a betacoronavirus, which means it had its origins in bats.) Animal-to-person spread was suspected after the initial outbreak in December among people who had a link to a large seafood and live animal market in Wuhan, China.

Below is a list of things you should know about the coronavirus outbreak.

Information about COVID-19 is still evolving

The name coronavirus refers to spikes seen (under a microscope) on the surface of the virus (corona is the Latin word for crown). Coronaviruses cause respiratory tract illnesses that range from the common cold to such potentially deadly illnesses as SARS, also first identified in China, and Middle East Respiratory Syndrome (MERS). According to the CDC, this is the first pandemic known to be caused by the emergence of a new coronavirus—novel influenza viruses caused four pandemics in the last century (which is why the response to COVID-19 is being adapted from existing guidance developed in anticipation of an influenza pandemic).

Reported illnesses have ranged from very mild (with no reported symptoms in some cases) to severe, including illness resulting in death. Older people and people of all ages with severe underlying health conditions seem to be at higher risk of developing serious illness. COVID-19 may be stable for several hours in aerosols and for several hours to days on surfaces. While there is much to learn, scientists involved in the analysis observed that emerging evidence suggests people who are infected might be spreading the virus without recognizing, or prior to recognizing, symptoms. Until we understand more about the details of how SARS-CoV-2 passes from person to person, public health dictates that people maintain social distancing, wash hands, and frequently disinfect high-touch surfaces.

Experts are taking steps to address COVID-19 and reduce infections
Proper testing that is made widely available will be important in understanding how the disease is transmitted and the true infection and mortality rates.There is also a great deal of effort underway to assess drugs in development (and some medications currently available) to determine if they are beneficial for treating patients infected with COVID-19.

For example Remdesivir is an antiviral treatment that was previously tested in humans with Ebola virus disease and has shown promise in animal models for treating MERS and SARS and is now being used for SARS-CoV-2. China currently is testing a number of therapeutics in clinical trials. In mid-March, it was announced the first testing in humans of an experimental vaccine called mRNA-1273 developed by American scientists and their collaborators at the biotechnology company Moderna, Inc. was started. But it could take at least a year before such a vaccine is available. The first trial is testing the vaccine on 45 healthy adult volunteers, ages 18 to 55, over approximately 6 weeks. But it could take at least a year before all the necessary phases of the investigation can be completed to ensure the vaccine is safe and effective enough to make publicly available.

If you feel ill, here’s what you can do
So far, information shows the severity of COVID-19 infection ranges from very mild (sometimes with no reported symptoms at all) to severe to the point of requiring hospitalization. Symptoms can appear anywhere between 2 to 14 days after exposure, and may include:
•Fever
•Cough
•Difficulty breathing

You should call your doctor for advice if you experience these symptoms, especially if you have been in close contact with a person known to have COVID-19 or live in an area with ongoing spread of the disease. Seek medical attention immediately if you experience emergency warning signs, including difficulty breathing or shortness of breath, persistent pain or pressure in the chest, new confusion or ability to arouse, or bluish lips or face. This list is not inclusive, so consult your doctor if you notice other concerning symptoms. If you have traveled to an affected country, in the past 14 days, or been exposed to another person with COVID-19, health officials will give you instructions on limiting your activities and movement for up to 14 days to help keep the virus from spreading.

There are things you can do to protect yourself

As with a cold, a flu vaccine won’t protect people from developing COVID-19. The best thing you can do at this point is take care of yourself the way you would to prevent yourself from getting the flu. You know you can get the flu when people sneeze and cough on you, or when you touch a doorknob. Washing hands—especially before eating and touching your face, and after going to the bathroom—and avoiding other people who have flu-like symptoms are the best strategies at this point.

•Wash hands with soap and water for at least 20 seconds. Dry them thoroughly with an air dryer or clean towel. If soap isn’t available, use a hand sanitizer with at least 60% alcohol.
•Stay home if you’re sick.
•Avoid touching nose, eyes, and mouth. Use a tissue to cover a cough or sneeze, then dispose of it in the trash.
•Use a household wipe or spray to disinfect doorknobs, light switches, desks, keyboards, sinks, toilets, cell phones, and other objects and surfaces that are frequently touched.
•It may also be important to create a household plan of action. This includes planning a way to separate a family member who gets sick from those who are healthy, if the need arises.

As for masks, there is little evidence supporting their widespread use for people who are not sick. Masks may provide a modest degree of protection against fluids, including spray from a cough or sneeze, and they provide some filtration of the air. But, since the masks do not provide a tight seal around the wearer’s nose and mouth, much of the air inhaled and exhaled remains unfiltered. However we do recommend face masks for people who have symptoms of COVID-19, as well as for health care workers and others who may be caring for them.

While everyone should take precautions, the highest risk group appears to be adults over 60 years old (the risk seems to gradually increase with age starting at age 40) and those with chronic conditions (such as diabetes, heart disease, and lung disease). People in these categories especially should avoid crowded places and stock up on household items, groceries, medications, and other supplies in case they need to stay home for an extended period.

Since threats like COVID-19 can lead to the circulation of misinformation, it’s important to trust information only from reputable health organizations and government sources .Because knowledge about the new virus is evolving rapidly, you can expect recommendations to change frequently.

State and local authorities are making a variety of recommendations to slow the spread of the virus in the community. Many experts are also recommending people practice voluntary “social distancing,” which is the practice of maintaining a greater than usual physical distance or avoiding direct contact with people in public places to minimize exposure. The disease can spread between people who are in close contact with one another (within about 6 feet). While it is especially important to maintain this distance from people who are sick, many experts are also recommending everyone practice social distancing and avoiding large crowds, whether they are sick or not.

Efforts to reduce the impact of the disease are especially important in the absence of a vaccine or treatments, and officials are approaching this in a variety of ways.