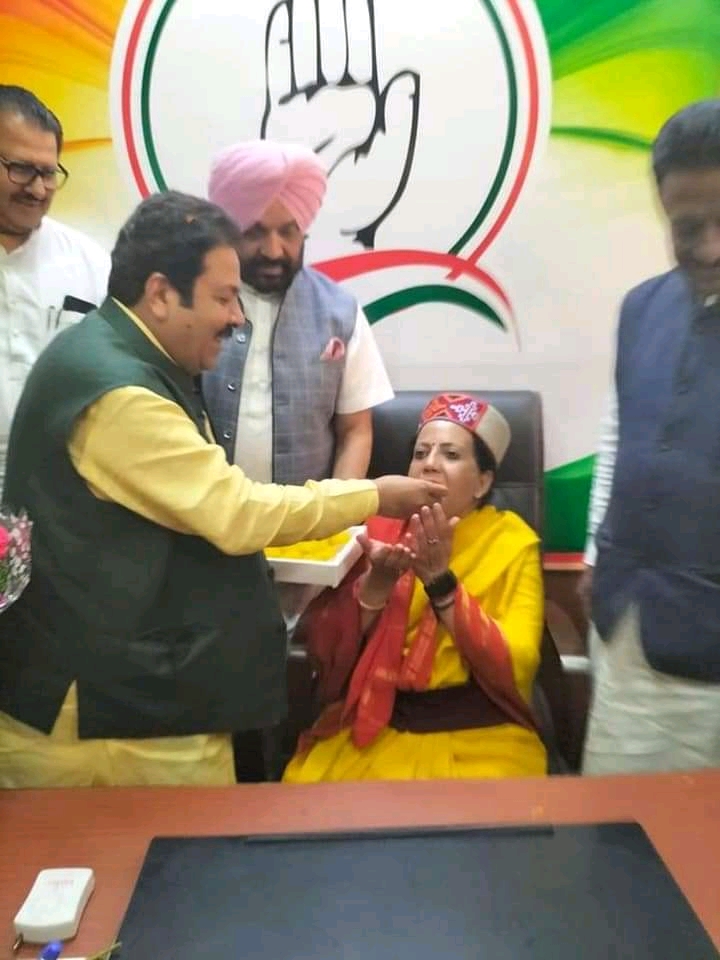 Is Congress in Himachal Pradesh heading the way it did in Uttarakhand, Punjab and Goa in the recent Assembly elections or has it turned a new leaf? The newly appointed  HPCC  President, Pratibha Singh sounded confident of Congress coming up trumps in the next Assembly elections in an interview by Anil Manocha

Pratibha Singh has observed that people of Himachal loved and respected former chief minister and tallest leader of the hill state, Virbhadra Singh. She claimed that during the last by-elections to one Parliamentary seat and three assembly seats, the Congress had emerged victorious on all these three seats. That was a clear message that the legacy of Virbhadra Singh was larger than life.

During the interview, she recalled his association with former prime minister Indira Gandhi who handpicked him to serve the people of Himachal Pradesh. She said that she would follow the footsteps of Virbhadra Singh to serve the masses.

About the entry of a new party, AAP, she said there was no place for a new entrant other than Congress and BJP. It may be noted that in neighbouring Punjab, AAP has come to power relegating Congress to second spot. She says Himachal is different and here people respect the legacy of Virbhadra Singh. There is as such no challenge from AAP.  “Carrying forward the legacy of the former Chief Minister Virbhadra Singh is a challenge, but people have seen his work. I am aware of the aspirations of the people and collectively we will ensure that Congress comes back to power in Himachal,” said Pratibha Singh.

In an exclusive interview with Tehelka after taking charge, Pratibha Singh dismissed the rising challenge from the AAP. “Although the AAP thinks that it is making inroads in Himachal, it will not have any impact on the elections. Our straight fight is with the BJP. No third party has ever had any presence in Himachal,” she said.

Similarly, the ruling BJP will not be able to repeat its performance, she said even as she lashed out at the Central Government for burdening every household with an exorbitant hike in fuel prices. She said that BJP had learnt nothing from the bye-election results.  She noted that the Central Government is trying to divert attention from the burning issues of people by shifting the focus to emotive issues.

She lambasted the Jai Ram Thakur government for jeopardising the future of over 70,000 candidates by cancelling the police recruitment test. The government has failed to conduct the recruitment test fairly, she charged. After she assumed her new charge at the Rajeev Gandhi Bhawan,  Pratibha Singh called upon the Congress workers and leaders to work as a team to create synergies for  ousting the BJP regime in the coming assembly elections.

When the new Pradesh Committee President Pratibha Singh and chairman of Campaign Committee and other office bearers of the revamped Congress committee took over their new assignments in presence of Congress leaders ahead of the state assembly elections, the party leaders showed a team work to create synergies for ousting the BJP regime in the coming assembly elections. 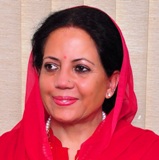 When the new Pradesh Committee President Pratibha Singh and chairman of Campaign Committee and other office bearers of the revamped Congress took over their new assignments in presence of Congress leaders ahead of the state assembly elections, the party leaders showed a united show of strength attacking the BJP during a rally.

Addressing the rally, HPCC chief Pratibha Singh said that AICC chief Sonia Gandhi had shown her respect to a woman of Himachal by elevating her as party Chief. She added that she would commit to continuing the legacy of Virbhadra Singh. Congress would carry forward the roadmap and developmental programmes launched by Virbhadra Singh after coming into power again.

However, what was surprising is that Himachal affairs incharge Rajiv Shunkla, addressing the party workers and leaders said it was the dream of  Virbhadra Singh that the Congress came back to power in Himachal but in the same breath  added that the fight is not for the top chair, it is for the party high command to decide who will be the next CM if Congress comes to power.  Shukla said the Gandhis have given responsibility to Pratibha Singh, Sukhu and Agnihotri- Trimurti –  to bring the party back to power in Himachal.

Interestingly, four working presidents – Harsh Mahajan, Rajendra Rana, Vinay Kumar and Pawan Kajal have also taken over their new responsibilities to bring back the party to power in Himachal Pradesh. Political observers question what was the rationale in appointing four Working Presidents leave aside a number of other functionaries, just to please everyone? Is it not belittling the authority and influence of the newly appointed President on the eve of elections?

How she can keep the flock together when her authority has been diluted. What does the statement by the Congress Incharge, Rajiv Shukla at the installation ceremony of Pratibha Singh that “Congress ki Trimurtee Pratibha, Agnihotri aur Sukhu banayenge naya Himachal” and “ Virbhadra aur Sukhram ke sapno ko karenge pura,” convey to the party cadre. However the new President of Congress in Himachal when asked if the Congress would go to polls with a chief ministerial face, said, “Our first motive is to win the elections. Once that objective is achieved, the elected MLAs will decide their leader.”

However, while ruling out major infighting within the state unit, Singh said she would attempt to take along all party leaders to defeat the ruling party. She admitted that she had little time, but was confident they would chalk out a strategy soon. “There is very little time left and the Congress has to put its act together and reach out to the voters. I will soon sit with all senior leaders of the party and strategize on how to counter the BJP on the promises they made to people before coming to power,” Pratibha Singh concluded. 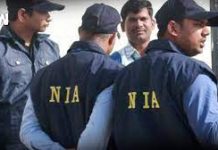 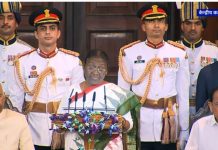