His remarks came in response to a media question during his visit to the families of the two people from Delhi killed in the Amarnath Yatra cloudburst.

The PPAC is a surcharge to compensate discoms for variations in the market-driven fuel costs. It is applied as a surcharge on total energy cost and fixed charge component of electricity bill, officials said.

The PPAC in Delhi has been increased by four per cent from June 11. 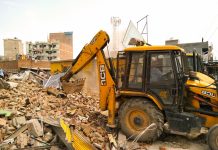