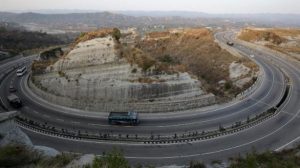 Government has set up a study group to suggest measures to reinforce security along the 300 km long Jammu-Srinagar highway. The decision was taken a day after another attempt to blow up a CRPF bus was made by the militants on the all-important highway.

Earlier in February, a militant belonging to Jaish-e-Mohammad had blown up a CRPF vehicle killing more than 40 personnel. The atrocity  brought India and Pakistan to the brink of war as both countries carried out air strikes in each other’s territory.

“We have set up a study group which will be surveying the highway within next two days and suggest measures for further strengthening the security  on the vital road,” J&K DGP Dilbagh Singh told reporters.

He was sharing details about the arrest of  Owais Amin, Hizbul Mujahideen militant, responsible for targeting another CRPF convoy. near Banihal in Ramban district of J&K.

The CRPF bus suffered minor damage in the accident. There was no loss of life. The driver of the vehicle managed to escape before the blast.

The arrested militant was produced before media persons.

When asked the DGP said that airlifting of all security personnel was not possible because of the limited number of seats.

Income Tax Department seizes over Rs 4 cr in cash in... 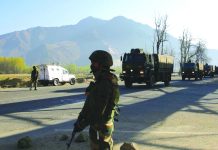