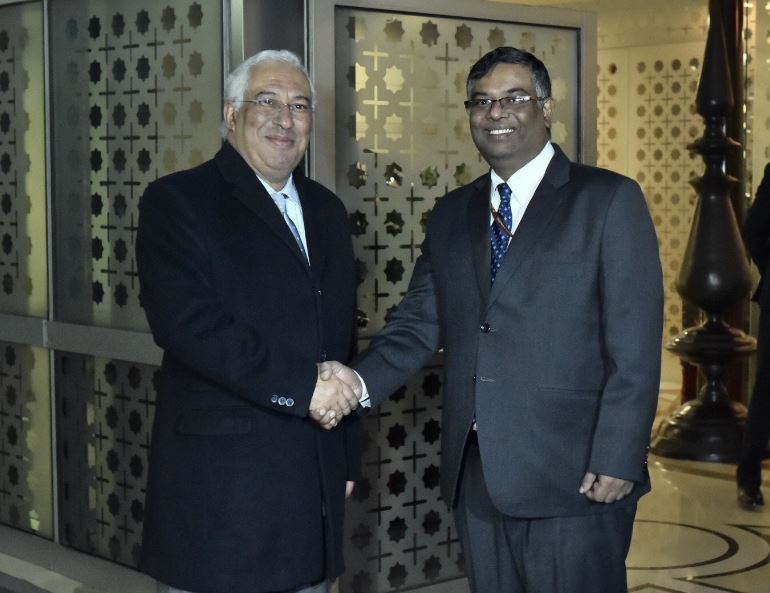 Portuguese Prime Minister Antonio Costa on Thursday arrived in India on an invitation extended by Prime Minister Narendra Modi to attend the second meeting of the Organising Committee on the celebrations for the 150th Birth anniversary of Mahatma Gandhi today.

“A visit that’s special on many counts. Portuguese PM @antoniocostapm arrived in India to a warm welcome on PM @narendramodi’s personal invitation for the 2nd meeting of the Organising Committee of #BapuAt150 celebrations,” Ministry of External Affairs spokesperson Raveesh Kumar said in a tweet.

The Organising Committee meeting would be presided over by President Ram Nath Kovind.

Prime Minister Antonio Costa will hold official talks with Prime Minister Modi in the forenoon of Dec 19. This will be the third official meeting between the Prime Ministers in a span of 3 years. They have also met on the sidelines of various multilateral events. Prime Minister Costa’s present visit to India is his first bilateral visit outside Europe after being re-elected as PM on October 6 this year, the Ministry of External Affairs had said in a statement.

The high-level political exchanges between India and Portugal have imparted a robust momentum to bilateral relations, including in several new areas such as science and technology, defence, startups, shipping, youth exchanges and culture. This visit would provide another opportunity to the leaders to review the whole gamut of bilateral relations and forge closer cooperation in areas of mutual interest, it said.