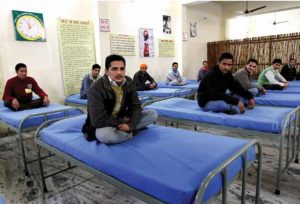 In the grip of an alarming drugs menace, Punjab is struggling hard to get over the problem lately with little hope of success. In the last two months 30 people have died of drugs overdose. These are of course recorded cases. There are so many others whose deaths are not even recorded for fear of shame. Desperate to curb the problem, Punjab Chief Minister Capt Amarinder Singh even suggested death penalty for first-time drug offenders, but the idea may not be feasible, said experts.

Poor infrastructure of treatment and rehabilitation centres for drug patients haunts Punjab. Low number of convictions is another major flaw in dealing with the problem at hand. The Patients count in the state is huge and de-addiction centres with bed facilities is inadequate. According to official figures, total number of patients who came for treatment in Punjab in both government and private centres in the year 2016 was 1.49 lakh and 1.08 lakh in 2017. Figures for 2018 are yet to be compiled. Punjab government runs 37 de-addiction centre and 22 rehabilitation centres in the state. Unofficial figures of the drug patients in Punjab is more than three lakh.

To cater to the patients, there are just 96 de-addiction and 77 private rehabilitation centres in the state, but these are not enough for the large number of patients.

Dr Basu said success rate of treatment of Drug patients depends on how one defines ‘success’. If it’s a narrow abstinence oriented definition (totally abstinent from all drugs for at least three years) then the percentage is very low at 20-30 per cent. If it’s a broad, functionally-oriented definition (eg. Occasional lapses, but no major relapse, functioning reasonably well in family, occupational and society with no major setbacks, then the percentage will be 40 to 60 per cent. It also depends on the type of drugs and many other factors. said Dr Basu.

Incidentally Punjab Chief Minister Capt Amarinder Singh had taken a vow that he will wipe out the drug problem within a month of coming to power. But he has failed miserably. Now, almost one and a half years later there seems no way the problem can even be contained, leave aside be resolved.

The government has tried several measures to check the growing drug problem, but the results have not been very encouraging. In the recent months there has been a massive crackdown on the drug peddlers and smugglers. As a result Punjab is reportedly set for a record seizure of heroin this year.

But what is worrying is the low number of convictions of smugglers in the last two years. In the first six months of this year in Punjab, a record 215 kgs of heroin was seized by the police, BSF, NCB and other agencies. In 2017, only 193 kgs of heroin was recovered. Similarly last year 1,915.7 kg of ganja was recovered by the police in Punjab, but this year in the first six month itself 1,817.06 kg of it has been recovered.

However, the Punjab police have been under fire for the poor conviction rate as they failed to gather enough evidence against drug smugglers and ultimately they were set free by the High Court. According to the Punjab CAG report, more than 700 cases of drug smuggling had failed because the prosecutions were not proper or because of poor evidence gathered by the police.

The number of drug patients in Punjab is huge and in lakhs. Drug patients count has risen alarmingly in the last few years. Naturally, patients seeking help to get rid of the addiction too is very large. This puts pressure on the drug de-addiction centres as they are finding it difficult to deal with such large number of addicted persons. Around 1,400 patients had been admitted in various de-addiction centres of the state.

Most of the private de-addiction centres in the state cater to local patients. A visit to the Aakash Hospital in Gulmohar complex, Kharar, in the outskirts of Mohali revealed several patients waiting for their turn for treatment. “We are a 10-bedded hospital and provide the best of treatment to the patients at a reasonable cost. There are many such centres in Kharar tehsil itself,” said Dr Jivan Babu, medical in-charge of the hospital.

Talking to Tehelka, relatives of a patient Bhupinder Singh, (name changed) resident of Kurali, said Bhupinder’s elder brother too had become a victim of the drugs a couple of years ago. The family is engaged in farming. It was Bhupinder who was looking after the family. But a few months ago he started behaving strangely. Later it was discovered that he had become a victim of drugs through the friends of his elder brother. Bhupinder was brought for treatment. Initially he responded well, but later he went back to drugs and that created a problem. The relatives do not have enough money to admit him to the hospital so he stays at home and gets treatment. But the family fears he may start taking drugs again after treatment due to its easy availability in the surrounding areas.

“Unless the patient is willing to quit the habit himself, it is very difficult to force him to do so as he will go back to his old ways at the first opportunity,” said Dr Jiban Babu.

Doctors at private de-addiction centres are unwilling to share number of patients treated. They have a reason to do so also as the Punjab Substance Use Disorder Treatment and Counselling and Rehabilitation Centre Rules, 2011, prohibits the medical professionals from sharing patient records.

A doctor in the Psychiatry Department at the PGIMER, Chandigarh who would not like to be named, said the problem at hand is getting out of control and it is very difficult to even contain it now. The question is if all the stakeholders including the doctors and private and government hospitals are willing to go the distance for checking the growing menace that threatens to engulf the society now.

According to official figures, more than 3,000 drug patients were treated at Jalandhar Civil Hospital and Community health Centre in Nurmahal this year. Sources said there has been a surge in the number of patients in the last few months. This could be a positive sign as well, as it means more patients are coming forward for treatment.

Many people are questioning the suggestion of giving death penalty to peddlers to solve the problem at hand. Dr Debashish Basu said it is not easy to eradicate the drug problem from society and only a sustained effort will solve the problem. According to Dr Basu, focus of the efforts against drugs should be to first contain it.

“Patients are mostly in the age group of 20-30 years. There have been cases of even teenagers too coming for treatment. Each district has a de-addiction centre and this is the designated centre for the Mohali district. Treatment is comparatively cheap here-200 per day for treatment and stay and food. After a few days when the patients respond to treatment they are shifted to the rehabilitation centre here and are charged just 50 per day for all the facilities. The treatment goes for at least a month, but continues further also. The full treatment may take six months to one year.

The market rates for the same treatment and rehabilitation range from 1000 to 3,000 per day. Many people still prefer private treatment firstly because there is lack of trust on government doctors and secondly because they want to maintain strict privacy,” said Dr Garg. Rajendra Singh, one of the two attendants at the centre said there is shortage of staff and they are overworked as a result.

All the patients admitted at the district de-addiction centre are kept under lock and key and two people, including a policeman and an attendant guard the centre. No outsider is allowed to meet the patients. “We have to maintain these precautions to ensure drugs are not passed to the admitted patients. As long as they are here we have to be vigilant. There have been a number of relapses. There are cases where the patients came back for treatment for the third or the fourth time also,” Dr Garg said.

“Patients come from both rich and poor class. We provide counseling. So far we have seen 150 people ‘cleaned’ in Delhi through counseling in the last three to five years. It means there has not been any relapse in as many cases,” said Raghubir Singh. He suggests that government de-addiction and rehabilitation centres must have courses in occupational therapies to motivate patients to take up some work, get busy instead of wandering around aimlessly and getting caught in the drug circle again.

Now, in a move to wean away addicts, Brahm Mohindra, Health and Family Welfare Minister Punjab said the state is aiming to provide government and private jobs to the youngsters who give up drugs after rehabilitation and training. But Yogeshwar Sharma of AAP pooh-poohed the idea. “When the government cannot even provide jobs to lakhs of fit candidates, how can it employ the `reformed druggists,” he said.

Punjab has vowed to get treatment for its employees taking drugs instead of treating them as criminals and taking action against them, according to Captain Amarinder. He has also promised free treatment for drug addicts from poor families. 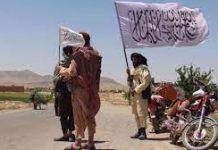 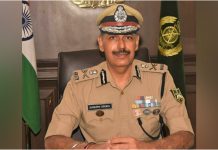 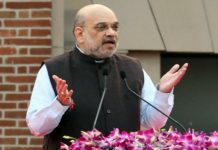