Polling for 199 seats began on Friday in Rajasthan amid tight security to elect a new Assembly in the state.

As many as 2,274 candidates are in the fray for 199 out of the 200 assembly constituencies in the state.

As per the election officials, polling will take place from 8 am to 5 pm.

The Rajasthan assembly has 200 seats, but election in Alwar district’s Ramgarh constituency has been postponed due to the death of Bahujan Samaj Party candidate Laxman Singh.

In Tonk, Sachin Pilot and Rajasthan Transport Minister and BJP candidate Yoonus Khan are face to face. Ashok Gehlot is fighting for the Sardarpura seat.

The BJP is contesting on all seats while the Congress has left five seats for its allies.

Vasundhara Raje formed the Rajasthan government with a massive majority in the 2013 assembly elections, in which the BJP had won 163 seats and the Congress, 21. 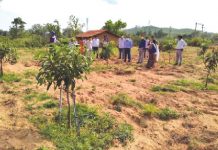 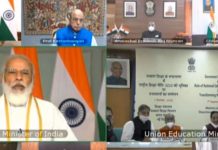