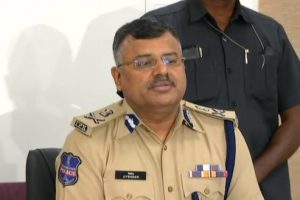 Telangana State Police on December 5 seized Rs. 86.5 crore cash, four lakh litres of liquor and more than 8,400 arms have been deposited till now as part of preparations ahead of the elections in the state.

Moreover, special arrangements have also been made in Naxal-hit areas to avoid any untoward incidents ahead of polls, scheduled to be held on December 7.

Jitender, ADG law and order said, “Polls are going to be held on December 7. During the last three months, we have executed more than 11,000 non-bailable warrants. We have also asked the armed licensees to deposit their licensed arms and till now, we have received more than 8,400 arms.”

Security has been tightened in the poll-bound state for the fair and peaceful conduct of elections, ADG added that security forces will be present at over 32,000 polling stations.

“We have provided security to 32,574 polling stations in more than 18,000 locations. Around 4,000 locations have been identified as critical, in which extra security will be provided. We are conducting combing operations in Naxal-affected areas. All candidates have been given sufficient security for their campaigning,” ADG said. 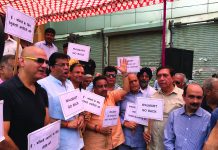