The J&K Police has seized books, I-Pad, laptop and three mobile phones from the PDP legislator MLA Ajaz Ahmad Mir, days after an ad-hoc police constable Adil Sheikh decamped with seven AK-47 rifles and a pistol from his Srinagar residence.

The books include those written on jihad. The names of some of the seized books include   ‘Rise of Taliban’, ‘Beyond Me’, ‘Concept of Jihad’, ‘Jihad and Kashmir’, and some books written by Hurriyat Conference (G) chairman Syed Ali Geelani.
Mir admitted to media that the police has seized some material from his house.
“There is no harm in reading books on jihad,” Mir said. “But Police can keep the books and the laptop if it helps in probe”.
Police is likely to question Mir over the loot of weapons.
Earlier in a statement, Mir had said that  the  ad-hoc police man who stole the weapons had betrayed him. “I regarded him as my brother.  I never expected he would betray me”.
Meanwhile Adil has joined Hizbul Mujahedeen. A picture of him flanked by  other militants including the outfit’s commander Zeenat-ul-Islam has gone viral on social media. In the picture, the militants are seen flaunting the AK-47 weapons.
Police has said that Adil was aided in the loot by a civilian from Shopian and that they will soon apprehend him.
Adil,  24, (belt No. 488/SPO), hails from Zainapora, the native village of the PDP legislator.
A senior police officer said that the incident took place at a time when the MLA’s personal security guards had gone to their homes since he was out of station. 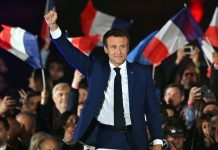