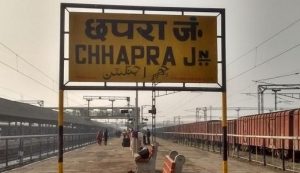 Police recovered 16 human skulls and 34 skeletal remains from a person identified as Sanjay Prasad at Bihar’s Chhapra Railway Station who had alighted from Balia-Sealdah Express.

Tanveer Ahmed, Deputy Superintendent of Police (Railway), said that the recovery was made on November 26 from Prasad, a resident of East Champaran District, who was caught by a GRP team at Chhapra Junction.

During interrogation, Prasad revealed that he had brought the human skulls and other remains from Balia in Uttar Pradesh and the consignment was to be supplied to Bhutan via Jalpaiguri in the adjoining West Bengal, the DSP further said.

He was part of a gang which supplied human skeletons to occultists in the Himalayan Kingdom.

DSP Ahmed said that Prasad has been sent to jail while a further probe is underway to trace his accomplices.