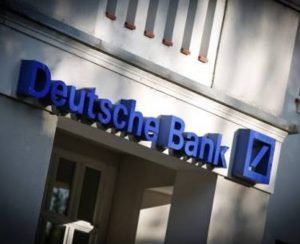 Police on November 29 raided Deutsche Bank’s headquarters (HQ) and multiple other locations in Frankfurt as a part of a money-laundering investigation.

According to reports nearly 170 police officers and tax investigators raided the bank.

According to a statement from prosecutors, the raids were targeted at two Deutsche Bank employees and others who have not yet been identified. The bank is suspected to have helped clients to set up offshore accounts to “transfer money from criminal activities.”

Authorities seized documents and electronic files and said they were also looking at whether others might have been involved in the same.

Deutsche Bank spokesman Joerg Eigendorf reportedly said, “As far as we are concerned, we have already provided the authorities with all the relevant information regarding the Panama Papers.”

The investigation was initiated by revelations in 2016 “Panama Papers”, an investigation into money laundering networks and shell companies set up by Panama-based law firm Mossack Fonseca.