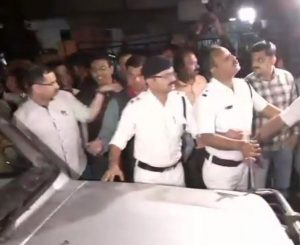 In a first incident of its kind in the history of the country the West Bengal (WB) police on Sunday evening detained five officers of the CBI team which had arrived at the residence of Kolkata Police Commissioner Rajiv Kumar to question him in connection with Sharda Chit Fund scam. On the other hand CBI has alleged that five of its officers have been arrested by the Bangal police.

According to reports, in a high voltage drama, the WB police have also reached in large number at CBI office. It is said that police also allegedly misbehaved with the driver of the CBI vehicle. As per reports Bengal chief minister Mamata Banerjee has also reached at Police chief residence.

According to the reports the CBI had been trying to locate Kumar to question him in connection with Rose Valley and Saradha ponzi scam cases. The IPS officer, who led a Special Investigation Team (SIT) of West Bengal Police probing the scams, needed to be questioned regarding missing documents and files but he had not responded to notices to appear before the agency, officials said.

When the CBI team reached Kumar’s residence, it was stopped outside by officials and sentries, they said. A team of Kolkata Police officers rushed to the spot to speak to the CBI officials and tried to enquire whether they had the required documents to question Kumar.

Kumar, a 1989-batch IPS officer of West Bengal cadre, did not even attend a meeting with Election Commission officials who had gone to Kolkata to review election preparedness, sources said. A statement was issued on Sunday from the Kolkata Police, dismissing reports of him being missing from work. 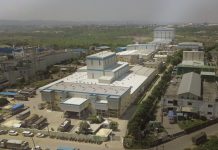