Ten people with criminal background have been arrested in connection with violent clashes near Jamia Millia Islamia University in Delhi, police said on Tuesday.

According to the police, none of those arrested are students.

On Sunday evening, protests against the Citizenship law turned violent in Delhi’s Jamia Milia Islamia University. Many students and policemen were injured in clashes. Protesters set fire at least four public buses. Police said they had to resort to lathi-charge and used batons and teargas shells after protesters started pelting stones and smashing cars and vehicles.

He asked people not to let what he described as vested interest groups create a divide in society. 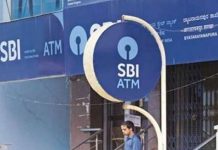