A list of 28 business men who allegedly took huge loans from Indian Banks, but instead of returning the borrowed amount running into several hundred crores, fled to other countries has gone viral on social media. Tehelka finds out the truth of insinuations in a special report by SUNNY SHARMA

First confirmation about had come from none other than in a written reply tabled in the lower house of Parliament when the then Minister of State for Finance Anurag Thakur admitted that during five years period from January 1, 2015 to December 31, 2019, as many as 38 economic offenders had fled the country. The minister in a the written reply in Lok Sabha had said, “Central Bureau of Investigation (CBI) has apprised that 38 persons involved in the cases registered by CBI related to financial irregularities with banks fled the country during 1.1.2015 to 31.12.2019.”

Other business men include Ashish Jobanputra, promoter of Mumbai-based textile export firm ABC Cotspin Private Limied, and his wife in a bill discounting scam of 770 crore and for causing losses to banks; diamond trader Ritesh Jain for illegally taking 1,500 crore out of the country; Surender Singh, Angad Singh and Harsahib Singh for cheating and criminal conspiracy; Sabhya Seth for a fraud of390 crore against Oriental Bank of Commerce; and Sanjay Bhandari for alleged tax evasion of 150 crore.  Nilesh Parekh of Shree Ganesh Jewellery House, accused of a 2,223 crore bank fraud, was arrested by CBI after he returned to India to join the probe.

The RBI has also confirmed the defaulters. Ironically, the RBI also took the lid of written off amount of loan totaling 68,607 crore till September 2019. In response of a RTI enquiry, The RBI confirmed that defaulters included the companies of absconding Mehul Choksi and fugitive businessman Vijay Mallya.

According to the RBI, Choksi’s company Gitanjali Gems tops the list of the defaulters with a whopping amount of 5,492 crore being written off until September 30. The fugitive businessman’s other firms Gili India and Nakshatra Brands also have loans of 1,447 crore and 1,109 crore respectively written off. Mallya’s Kingfisher Airlines figures in the list at ninth position, with outstanding loans of 1,943 crore.

Vijay Mallaya had flown to the UK, Mehul Choksi to Antigua, Jatin Mehta to St Kitts and Nevis, Nirav Modi to UK, Nitin an Chandan Sandessara to Nigeria, Umesh Parekh, Kamlesh Parekh and Nilesh Parekh to Dubai and Kenya, Lalit Modi to UK, Sabha Seth to Dubai, Viney Mittal to Indonesia and Sunny Kalra to Oman.

Surprisingly, the Fugitive Economic Offenders Act empowers non-conviction-based attachment and confiscation of proceeds of crime and properties and assets of ‘fugitive economic offenders’, but still many managed to flee. The Fugitive Offenders Act empowers the State to take action against economic offenders  where a warrant for arrest has been issued by any court in India and who has left the country to avoid criminal prosecution or judicial processes. It was during June 2021 that while addressing the United Nations General Assembly Special Session on Challenges and Measures to fight Corruption that Union Minister Dr Jitendra Singh called for a strong and aligned international cooperation on the return of persons and assets sought for such offences, consistent with international obligations and domestic legal systems. He said, as the accused take shelter in foreign countries and conceal the proceeds of crime in complex legal structures spread over different countries and jurisdictions, the gaps and weaknesses of international cooperation in this area are fully exploited by such fugitives to their advantage.

What the government can do?

◆ Government has issued “Framework for timely detection, reporting, investigation etc. relating to large value bank frauds” to Public Sector Banks (PSBs), which provides, inter-alia, that all accounts exceeding  50 crore, if classified as Non-Performing Assets be examined by banks from the angle of possible fraud, and a report placed before the bank’s Committee for Review of NPAs on the findings of this investigation; examination be initiated for willful default immediately upon reporting fraud to RBI; and report on the borrower be sought from the Central Economic Intelligence Bureau in case an account turns NPA.

◆ Fugitive Economic Offenders Act, 2018 has been enacted to deter economic offenders from evading the process of Indian law by remaining outside the jurisdiction of Indian courts. It provides for attachment of property of a fugitive economic offender, confiscation of such offender’s property and disentitlement of the offender from defending any civil claim.

◆ Central Fraud Registry (CFR), based on Fraud Monitoring Returns filed by banks and select financial institutions, has been set up by RBI as a searchable online central database for use by banks.

◆ For enforcement of auditing standards and ensuring the quality of audits Government has initiated establishment of National Financial Reporting Authority as an independent regulator.

◆ PSBs have been instructed to ensure implementation, within stipulated deadlines, measures prescribed by RBI for strengthening the SWIFT operating environment in banks, decide on publishing photographs of willful defaulters, in terms of RBI’s instructions and as per their Board-approved policy.

◆ The banks have been told to meticulously follow RBI’s framework for dealing with loan frauds and Red Flagged Accounts, implement RBI guidelines to prevent skimming of ATM/debit/credit cards, and ensure legal audit of title documents in respect of large value loan accounts, obtain certified copy of the passport of the promoters/directors and other authorized signatories of companies availing loan facilities of more than  50 crore,  strictly ensure rotational transfer of officials/employees. 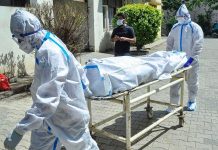