Charge sheet reveals that similar kind of fraud occurs in 2016 and to take measures RBI has sent numerous questionnaires to the PNB, to know what procedures or measures the bank follows before issuing Letters of Understandings (LOUs) and Letters of Credit.

PNB Bank has facilitated the issuance of the fraudulent LOUs.

The charge sheet says “This was duly dealt by accused Ananthasubramanian and the bank’s executive directors – KV Brahmaji Rao, Sanjiv Sharan and Nehal Ahad – and instead of replying to the queries in true spirit and facts, Ahad and the general manager of the International Banking Division of the bank’s headquarters prepared a misleading reply and sent it to the RBI after getting the same approved from Sharan.”

The RBI’s Department of Banking Supervision has issued a circular on August 10, 2016, in the form of caution advice no 4094, drawing the attention of all scheduled commercial bank MDs and CEOs regarding a fraud involving the issuance of 20 letters of comfort amounting to $64.08 million that occurred in a PSU bank. The issuance was not backed by underlying trade transactions and was without formal application from the customer.

CBI Revelations: When Ananthasubramanian was serving as the MD and CEO (tenure August 2015 to May 2017,), relevant circulars, caution notices and urgent questionnaires issued by the RBI were brought to her notice and she dealt with the same accordingly. She did not took any corrective measures and had in an unauthorized manner she delegated the RBI guidelines work to her subordinates without any follow up action.

“Senior officers from the Nirav Modi Group which includes accused Vipul Ambani, they were constantly in touch with MD Ananthasubramanian to continue with the credit facilities to the group,” CBI claimed.

“This clearly indicates the involvement of (Ananthasubramanian), that she was totally aware of the facilities extended to the various group entities of Modi,” says CBI. 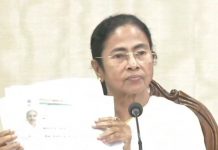 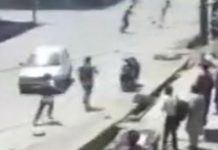