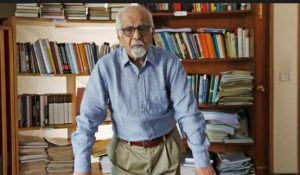 Prime Minister Narendra Modi has accepted the resignation of economist Surjit Bhalla as a part-time member of his Economic Advisory Council (EAC), the Prime Minister office (PMO) said on Tuesday.

“I resigned as part-time member PMEAC on December 1,” Bhalla said.

A senior official in the PMO said that his resignation would take effect from the same date.

Bhalla was appointed as a member to PMEAC which is a non-constitutional, non-permanent and independent body constituted to give economic advice to the government of India, specifically to the Prime Minister. The council is headed by NITI Aayog Member Bibek Debroy.