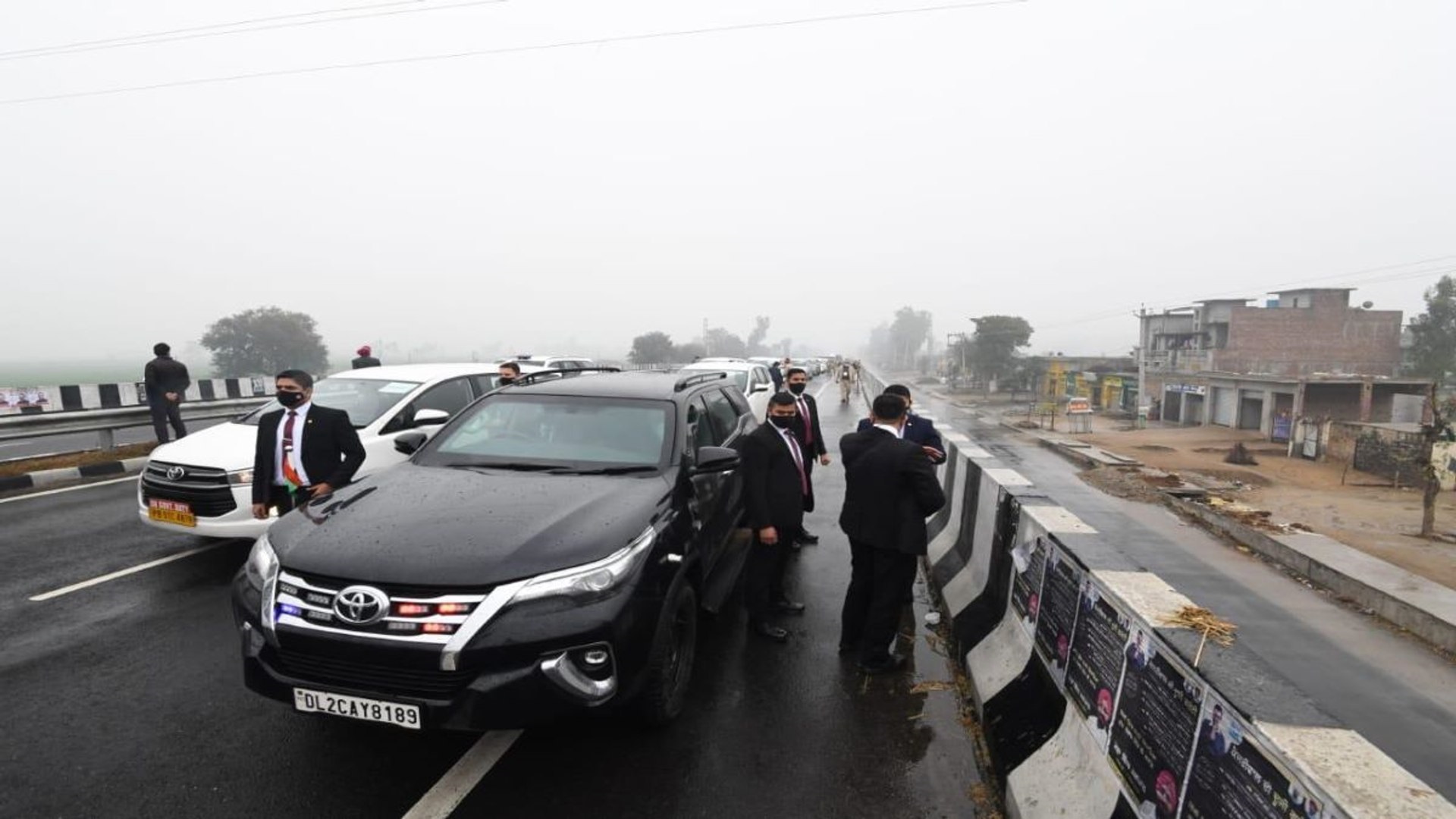 Even as the Supreme Court has formed a high-level committee to investigate the security lapses during the January 5 visit of PM Narendra Modi to poll-bound Punjab, the state Congress and BJP have entered into a bitter war of words against each other over the issue, writes Rajesh Moudgil

While the four-member committee formed by the apex court is yet to complete its probe, the Congress and BJP have launched a fierce battle against each other over the `major security lapse’ during prime minister Narendra Modi’s recent visit to Ferozepur that borders Pakistan.

After all the programmes of the prime minister had to be cancelled abruptly and he had to return halfway from the town as his cavalcade remained stranded on a flyover for over 15 minutes due to a farmers’ protest, the top BJP leadership has torn into the state’s ruling Congress government holding it responsible for the said lapse while the latter has maintained it is a conspiracy to defame the state. The assembly elections are scheduled for February 14 in Punjab.

It may be recalled that the prime minister’s cavalcade had got stuck on a flyover near Piareana village on the Ferozepur-Moga road for over 15 minutes about 30 kilometres ahead of the National Martyrs’ Memorial at Hussainiwala border (with Pakistan) in Ferozepur district when the road was found to have been blocked by a group of farmers forcing the PM’s special protection group (SPG) team to decide to turn back fearing security risks.

Modi had landed at Bhisiana air force station, Bhatinda, in the morning itself on that day from where he was scheduled to visit Hussainiwala border by helicopter. He, but, had to wait for about 20 minutes due to poor visibility. However, since the weather did not improve, it was decided to reach the memorial by road even as all the entire routes plan had been finalised after the mandatory consultation with the Punjab government.

Modi was scheduled to lay foundation stones for various projects worth over Rs 42,000 crore.

While the Union home ministry termed the incident as a “serious security lapse’’, all the top leaders of the saffron party tore into Congress holding the state government responsible for the same. The Congress leaders including the chief minister Charanjit Singh Channi and state party chief, Navjot Singh Sidhu, however, term the same as a conspiracy to defame the state.

Punjab BJP leaders led by state president Ashwani Sharma called on Punjab Governor Banwarilal Purohit seeking the sacking of the state deputy chief minister Sukhjinder Randhawa, who also held the home portfolio and the acting police chief Sidharth Chattopadhyaya. Sharma alleged that the conspiracy was hatched by Congress to harm the prime minister. He further held that the Congress government with the help of police had also stalled, scuttled and harassed BJP supporters travelling to Ferozepur.

Khattar held that “the conspiracy planned by Punjab government would not be accepted at any cost and anyone believing in the democratic system would never forgive this unconstitutional behaviour of ruling Congress government’’.

However, Channi held that prime minister Narendra Modi’s “life threat’’ was a gimmick aimed at toppling a democratically elected government in the state. He said there was no threat to the life of the prime minister but he cancelled his programmes because of the thin attendence at the BJP’s rally.

Channi further said that he had all the respect for the prime minister and that Modi was his prime minister too, and ruled out any lapse in the security arrangements. He, however, said that since it was still not known how suddenly a group of farmers blocked the road, the government could not have opened fire on them as such.

Punjab Congress president Navjot Singh Sidhu held that the alleged security lapse was a conspiracy to defame Punjab and “Punjabiyat’’ (the culture of Punjab).

Sidhu further alleged that the motive behind it was to find a reason for the PM to skip the rally and to save him from the humiliation of addressing 500 people on 70,000 chairs. He added that the Congress party condemned such kind of politically motivated false propaganda.

However, hearing a petition on the issue filed by an organisation Lawyer’s Voice, the top court has set up a high-level committee to be headed by a former SC judge to probe the case.

The three-judge Bench of the apex court, led by the chief justice of India (CJI) N V Ramana, has also asked the inquiry committees of the Centre and the Punjab government to halt their respective probes into the said security lapse for the time being.

Taking the case pertaining to the PM’s security breach seriously, the Bench, which also includes Justice Surya Kant and Justice Hima Kohli, has said that the probe committee led by a retired Supreme Court judge would also include Chandigarh police chief, inspector general of police (IGP) of the National Investigation Agency (NIA), Punjab and Haryana High Court Registrar General and additional director general of police (ADGP), security, of Punjab. The probe panel would be submitting its report within the shortest possible time.

Subsequent to the committee’s report, the top court would pass orders for action to be taken by the Centre and the Punjab government.

This order has come after the Punjab government demanded an independent probe into the breach in the PM’s security, saying the state would not get a fair hearing in any probe carried out by the Centre.

During the hearing, Punjab advocate general D S Patwalia took strong exception to the Centre’s show-cause notices issued to the senior superintendent of police (SSP) concerned, chief secretary and senior officials of the state asking them to explain why action should not be taken against them.

On this, the Bench asked the Centre why the judiciary had been asked to intervene if the government had already presumed everything.