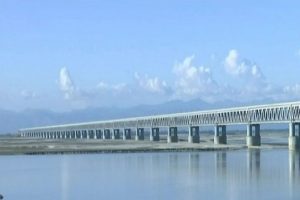 The Bogibeel bridge, India’s longest rail-cum-road bridge will be flagged off by Prime Minister Narendra Modi on December 25.

The 4.9-km bridge on the Bramhaputra river, will cut down the train-travel time between Assam’s Tinsukia to Naharlagun town of Arunachal Pradesh by more than 10 hours.

The bridge will connect the south bank of the Brahmaputra river in Dibrugarh district of Assam with Silapathar in Dhemaji district.

Prime Minister Modi will also flag off the train after inaugurating the Bogibeel bridge on December 25, the birth anniversary of late prime minister Atal Bihari Vajpayee and observed as the ‘Good Governance Day’ by the Centre. 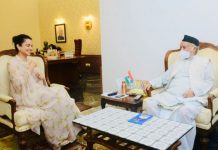