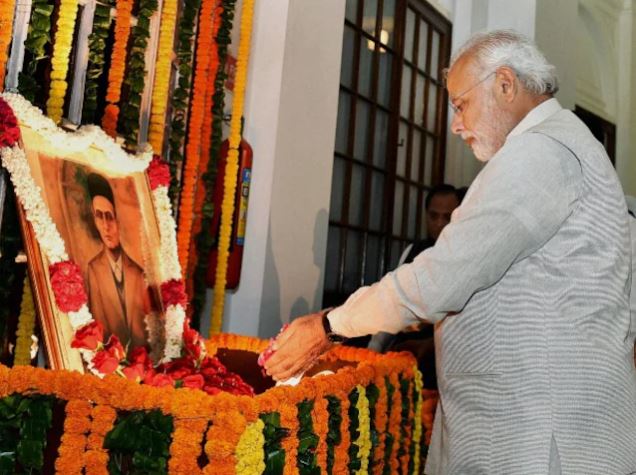 Prime Minister Narendra Modi has paid tributes to freedom fighter Vinayak Damodar Savarkar on his death anniversary. The freedom fighter who is known as ‘Veer’ for his bravery from an early age.

Prime Minister Narendra Modi said, Tributes to the great freedom fighter Veer Savarkar ji, the epitome of sacrifice and tenacity on his death anniversary. His dedication in the service of the motherland will always remain a source of inspiration for the countrymen.