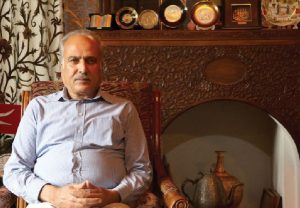 Revocation of Article 370 is a fait accompli now? Is it?

No. It isn’t. First, there is lot of disinformation about Article 370 and how Kashmir got it. It was not granted to Kashmir. It was not gifted. It was a kind of negotiated settlement between a Hindu ruler with a Hindu Prime Minister. Then Maharaja of Kashmir Hari Singh decided to join India on some conditions and those conditions were accepted by the other party. And there was an agreement. And the terms of accession got reflected in Article 370. It was in the nature of a treaty between two independent countries at that time because Jammu and Kashmir was independent. So, it could not have been withdrawn unilaterally. Maharaja didn’t surrender everything. He gave New Delhi power to legislate on three subjects only: defence, currency and communications. This was supplemented by one more agreement: Delhi agreement of 1952. The deal again was not a drawing room agreement between heads of states. It was an agreement between two governments, again more or less sovereign. It was between the president of Kashmir aided by council of ministers and the president of India aided by council of ministers. The agreement was introduced in parliament by then prime minister of India and it was introduced in J&K Constituent Assembly by then prime minister of Jammu and Kashmir. And it was ratified. Most people in mainland India are not aware that people of J&K were not part of India until 1952. They were citizens of J&K. Our citizenship law was still the one framed by Maharaja of Kashmir in 1928. So, you could not withdraw it without having some kind of dialogue with the stakeholders.

If we go by the Government narrative, it has followed a constitutional route in withdrawal of J&K’s special status?

No. It hasn’t. Government hasn’t adhered to the constitutional route. In a presidential rule, president of India runs the affairs of the state with aide and advice of the council of ministers. Now here in a presidential rule, president says he has sought the concurrence of the governor for the abrogation of Article 370, when he himself is governing the state. He cannot consult himself. In terms of Article 370, if parliament decides to introduce or president decides to introduce a provision in the state of Jammu and Kashmir and that constitutional provision falls within the four walls of defence, foreign affairs and communications then he will have to do it in consultation with government of Jammu and Kashmir.

Union Government has still gone ahead and done it and also gotten away with it?

Yes, they have done it. I said in parliament that the law ministry is sitting here and I ask them whether this is the way things should go. And whether this was the constitutional way? There was no answer. On Artic;e 370, President has sought concurrence of himself. It is something which is alien to constitution. This can’t be done. Initially when constitution was made, the Constituent Assembly didn’t deem it proper to make Article 370 subject to amending power of the parliament. They said it is sacrosanct, higher than parliament, even parliament cannot amend it.

These are mere words now?

No, no. Since case is now in Supreme Court, we expect it to strike down the abrogation of Article 370. For us, on the legal front, the question still survives. Now about dividing the state into two union territories, how can you do it. Article 3 of the Constitution of India gives you power to form the new state, draw boundaries of a state or form a new state by joining two union territories. Power is to form a new state, not to disintegrate a state and downgrade it into a union territory. Here centre did it and again without seeking the views of the state legislature. This has created serious constitutional issues and that is why Supreme Court has not thrown out our half a dozen petitions. It has admitted these for hearing, sent these to a larger bench and decided to examine the constitutional validity of the whole exercise. This shows Supreme court is satisfied with the merits of our case.

Case can drag on for decades. Take the example of J&K Resettlement Bill which has been pending before Supreme court since eighties.

What would the NC do? Would you launch a struggle for the restoration of Article 370?

We witnessed something strange in our history of 70 years. People closed their business on their own. They have pursued a peaceful resistance. Public transport has been off the roads. Nobody has given a call for this. Nobody has given a protest calendar. All leadership has been detained. This is how people have voiced their disapproval of what the centre has done. Our party National Conference is one with the people. We want restoration of special status. We want the government to rescind what it has done and go for elections. We can discuss all the issues like gender justice, West Pakistan Refugees, migrants etc. We can rectify wherever any wrong has been done. But we can’t approve of this massive assault: they have burned down the building to its foundations.

What would be the nature of your struggle?

Apart from the political struggle, one other aspect of our struggle is the legal challenge we are putting up against revocation of Article 370. Petitions have been filed by people from every region, religion and community.

National Conference leaders headed by Dr Abdullah had met the Prime Minister Narendra Modi days before abrogation of the Article 370. What did the PM tell you then?

We met the Prime Minister just three days before Article 370 was abrogated. We requested him to please don’t do anything to disturb Jammu and Kashmir. We told him Kashmir is enjoying a good tourist season and Amarnath Yatra was going so well.

What did the PM tell you?

He said nothing is going to happen. He said we were unnecessarily worried about it. When we pointed to some measures being taken in Kashmir by Government of India like deployment of additional troops, the PM replied it was a routine exercise. He said that since security forces had been serving in J&K for nine months helping organise panchayat, urban local bodies and parliament elections, it was time for them to be redeployed. The PM told us that the security forces had to be moved by May 23 itself but that the government had persuaded the forces to stay back for Amarnath Yatra. And that is why redeployment was taking place now.

Dr Sahib and Omar Sahib then urged the PM to go for elections. Not because the NC wanted to be in power but we were worried that some policy decisions were being taken by the governor administration which were not in tune with imperatives of democracy. So, we urged the PM to let an elected government be in place and take these decisions. These were the exact words. The PM said government was holding the elections in J&K in October itself. He said it was only because of the nomads who had to move from Kashmir Valley to Jammu that elections had been deferred. The PM explained that the security forces which had been available with the government during the parliament polls could not have given due protection to the candidates if the Assembly elections had been held simultaneously.

Do you believe that repeal of Article 370 can be reversed?

See, our job is to do everything in the national interest and in the interest of Kashmir. We believe the government has pushed Kashmir to an unpleasant situation. What they’re trying to do is to market their decision on the basis of lies. They tell the country J&K is the most backward state. And that it lags behind development among all the other states. But the facts are otherwise. They are belied by the statistics. We are far ahead of half the other states. Our development indicators are better. Our per capita expenditure on education and healthcare is much higher. Our per capita income is much higher. We don’t have problem with three essentials of life: shelter, food, and clothes to wear. And there has not been a single farmer suicide in Jammu and Kashmir. There have been thousands of such suicides in Maharashtra. Our constitution was the only one which guaranteed right to a happy childhood. And the BJP tells the rest of the country there was no childcare in J&K. We had juvenile justice Act in place. We have Women’s Development Commission. There’s least gender bias in J&K. We have 12 percent reservation in favour of scheduled tribes, 10 percent reservation in favour of scheduled castes, and 20 percent in case of reserved backward areas and other categories. They say we don’t have Right to Information law. We have it. And unlike any other state we have an Accountability Commission in place for more than a decade. Other states are still fighting for a Lok Pal. They cry for regional imbalance. There’s no regional imbalance in J&K. We gave the fiscal and political autonomy to Ladakh region. We had an autonomous Hill Development Council there. We have a University in Ladakh for less than five lakh people. And our constitution was not that of Muslims. We had Kaushak Bakaula as one of its framers. K D Sethi and Girdari Lal Dogra were others.

But stating these facts won’t persuade the government to undo the decision?

I see a chance. Don’t you see the resistance being mounted by the people. For more than two months now, people have shut down their businesses on their own. Eight million people of the Valley are peacefully protesting. Universities, colleges and schools are closed. Information blockade is there. Nobody has told people to protest but they are still doing it. What is the BJP doing about it. They are lying and downplaying it. They are saying not a single bullet has been fired in Kashmir and nobody has been killed. Suspect nature of this claim apart, they are trying to convey that no resistance is valid unless bullets are fired and people die. And unless there’s stone pelting. People who say they are inspired by Gandhi downplay something that was advocated by Gandhi. They want to send a message to the people to resort to violence.

What did Dr Farooq Abdullah tell you when you met him first time during his ongoing arrest?

I was surprised to see his level of confidence. He was unfazed. No doubt, he felt hurt and betrayed. He was shocked how could central government could go to this extent. He was someone who had been a union minister, a three time CM, and the one who was requested in 1994 by the Narsimha Rao government to accompany Vajpayee ji to defend country’s human rights record in Kashmir in Geneva. And he is been now under detention lest he creates public disturbance.

There are rumours in Kashmir that he told you that the struggle in Kashmir has to start again from 1931?

People here are paranoid about demographic change now. Are you also fearful?

They have made no secret of their real objective. They have talked about settlements. So, people here are genuinely concerned. They think this may be the beginning of a horrible end. People don’t see abrogation of Article 370 as end of the matter.

(The opinion expressed in the interview are of Mr Masoodi)

How to win over procrastination