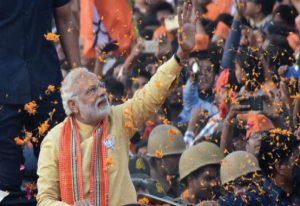 Prime Minister Narendra Modi will celebrate his 68th birthday on September 17, in his parliamentary constituency Varanasi.

According to reports, PM Modi will spend the day with children of a primary school aided by a non-profit organisation.

Sources says, he will later pay obeisance to Lord Shiva at the Kashi Vishwanath temple and also watch a film “Chalo Jeete Hain” inspired by his life along with a few school children.

On his 68th birthday, a special cleanliness drive will also be launched and health camps will also be organised in the town.

Modi is also likely to launch several developmental projects – including the expansion of the Babatpur-Shivpur road, Ring Road phase I and a few projects at the Banaras Hindu University – during his visit to Varanasi.

Wishes have already started poured in on PM’s Modi birthday.

“Warm greetings to Shri @narendramodi on his birthday. Under his leadership India has grown tremendously and became the 6th largest economy of the world. He is a man of vision and action who is working assiduously to fulfil the dream of New India. I wish him good health &long life,” Rajnath tweeted.

“Birthday greetings to our Prime Minister @narendramodi. Wish him a long life and many years of dedicated service to the people of the country #PresidentKovind,” President tweeted.

“Warm birthday compliments to the dynamic & illustrious Prime Minister of India, Shri Narendra Modi ji. I wish him good health and a long life. May he continue to render for many more years his exceptional services to the nation and guide the country to its glory. @narendramodi,” Arun Jaitley tweeted. 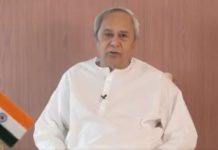