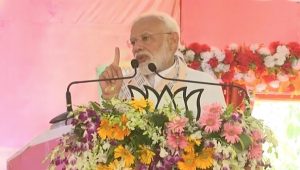 A day after a massive roadshow in Varanasi on Thursday, Prime Minister Narendra Modi will file his nomination papers for the ongoing Lok Sabha elections in the temple town today.

Prominent leaders of the NDA, including Nitish Kumar and Uddhav Thackeray, Parkash Singh Badal are expected to be present for the show of strength.

Before leaving to file his papers, Modi offered prayers at Kal Bhairav temple in the city.

On Thursday, PM Modi began his mega roadshow by garlanding the statue of Madan Mohan Malviya at the iconic Banaras Hindu University.

The roadshow, that lasted for two-and-a-half hours ended at Dashashwamedh Ghat. Modi also attended the evening aarti at this ghat on the banks of the river Ganga. 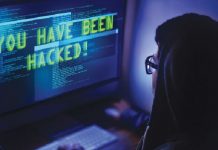 Twitter suspends over 70 mn fake accounts in past two months