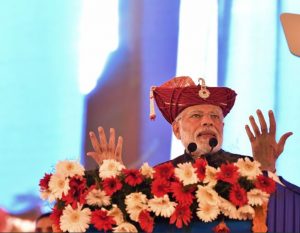 Speaking at a public function at Silvassa, the Capital of the Union Territory of Dadra and Nagar Haveli, Modi said the opposition alliance was not against him, but “against the people of India”.

Modi said, “they have not even properly united together but have already started bargaining for their share (of seats).” They are seeking support to save themselves. “But I want your support to take the country forward,” Modi added.

He pointed out that his campaign against corruption has made some people angry as he prevented them from looting public money.

Modi said, “to counter these and other actions, the opposition has now formed the ‘Mahagathbandhan’ alliance for the upcoming general elections.”