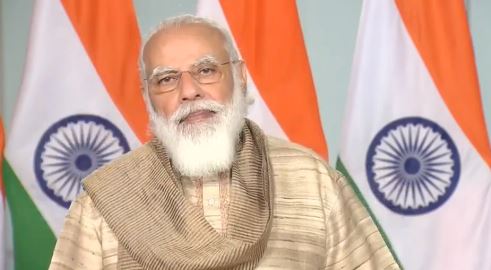 PM Modi said they discussed regional issues and their shared priorities, while also agreeing to further co-operation against climate change.

“Spoke to @POTUS @JoeBiden and conveyed my best wishes for his success.  We discussed regional issues and our shared priorities. We also agreed to further our co-operation against climate change,” PM Modi tweeted.

“President @JoeBiden and I are committed to a rules-based international order. We look forward to consolidating our strategic partnership to further peace and security in the Indo-Pacific region and beyond. @POTUS,” PM Modi said in another tweet.

The two leaders discussed at length regional developments and the wider geo-political context. They noted that the India-US partnership is firmly anchored in a shared commitment to democratic values and common strategic interests. They reiterated the importance of working with like-minded countries to ensure a rules-based international order and a free, open and inclusive Indo-Pacific region, according to the Prime Minister’s office.

Prime Minister Modi and President Biden affirmed the importance of addressing the challenge of global climate change. PM Modi welcomed President Biden’s decision to re-commit to the Paris Agreement and highlighted the ambitious targets India has set for itself in the area of renewable energy, the statement said.

The Prime Minister also welcomed President Biden’s initiative to organise the Climate Leaders Summit in April this year and looked forward to participating in the same, it said.