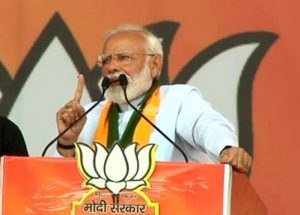 Prime Minister Narendra Modi on Friday launched a sharp attack on Congress for its leader Sam Pitroda comments on the 1984 anti-Sikh riots. Modi said Pitroda’s remark shows the “character and arrogance” of the party.

Speaking at a rally in Haryana’s Rohtak, Modi said, “Hua so Hua-the three words that sum up Congress’s arrogance were uttered on Thursday by one of its most senior leaders, he said this on anti-Sikh riots. They have no value for human life.”

“This leader is close to the Gandhi family and a friend of Rajiv Gandhi. He is the guru of the Congress president.” Modi added.

Modi further said, “the Congress, which ruled for a maximum period has been insensitive and that is reflected by the three words spoken yesterday…these words have not been spoken just like that, these words are character and mentality of the Congress”.

“Many Sikhs in Haryana, Himachal Pradesh, Madhya Pradesh and Uttar Pradesh were targeted during the 1984 riots but today Congress is saying’ ‘Hua so Hua’,” Modi said.

Union Minister Arun Jaitley questioned whether the Congress president will remove his “Guru(teacher)” from the party.

“Will the Congress President oust his ‘Guru’, who rubbishes the genocide of India’s most patriotic community in 1984?” Jaitley questioned.

“Sam Pitroda’s ‘Hua to Hua’ reaction to the 1984 Sikh killings is reflective of the lack of remorse on the part of Congress Party with respect to the 1984 genocide,” Jaitley added. 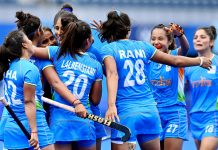