Prime Minister Narendra Modi on Wednesday emphasised on promoting indigenous products and self-reliance for prosperity, and said by adopting them, one can keep the art, culture and civilization of India alive.

Addressing a gathering to mark the 150th birth anniversary of Jain saint Vijay Vallabh Surishwar via video conference, he said the message of ‘swadeshi’ and self-reliance is extremely relevant in the “Azadi ka Amrit Kaal”, a reference to the period till 2047, for India to become a developed country.

A commemorative postage stamp and coin dedicated to the saint was also released on Wednesday.

Paying tributes to the saint, Modi said when the world is experiencing the crisis of war, terror and violence and is looking for inspiration to break out of this vicious circle, ancient traditions and philosophy coupled with the power of today’s India is turning out to be a big hope.

He said the path shown by Surishwar and the teachings of Jain gurus is the solution to these global crises.

Mahatma Gandhi had also adopted the path of ‘aparigraha’ as laid down by Jain gurus, he said.

Also recalling Sardar Vallabhbhai Patel, the prime minister said Gujarat has given two Vallabhs’ to the country and noted that Patel’s birth anniversary will be celebrated on October 31.

‘Statue of Peace’, dedicated to the Jain monk, is one of the largest statues of saints and the ‘Statue of Unity’ is the tallest statue in the world, he added.

These are not just tall statues, but they are also the greatest symbol of Ek Bharat, Shreshtha Bharat’, he said.

While Sardar Patel as India’s first home minister had united it, the Jain saint travelled to different parts of the country and strengthened the unity, integrity and culture of the country, he said.

Modi noted that the monk always wore khadi, urging his followers to promote made-in-India products with the concept of ‘vocal for local’. 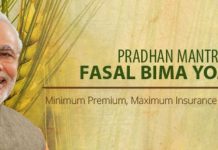