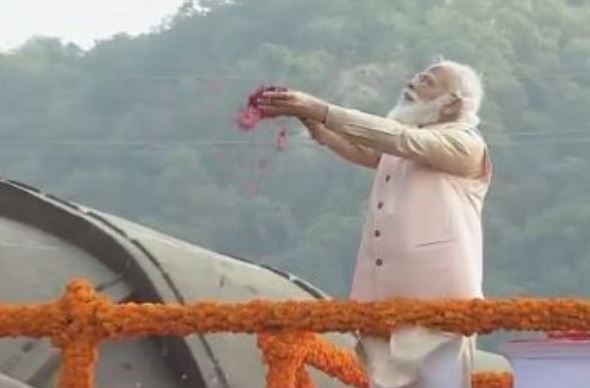 Prime Minister Narendra Modi on Saturday paid floral tributes to Sardar Vallabhbhai Patel on his 145th birth anniversary, at the Statue of Unity in Kevadia, Gujarat.

Modi, whose two-day Gujarat visit started on Friday, reached the Statue of Unity at Kevadiya today morning and offered flowers at the monument of Sardar Patel.