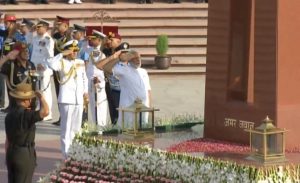 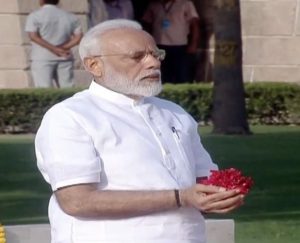 Earlier, Modi visited Rajghat and paid tribute to Mahatma Gandhi, he also paid his respects at the memorial of late Prime Minister Atal Bihari Vajpayee. He was accompanied by BJP president Amit Shah as well as all other MPs.

The swearing-in ceremony will begin at 7 pm, with over 7,000 guests attending an event including foreign dignitaries, allies and adversaries.

According to the sources, UPA chairperson Sonia Gandhi, Congress president Rahul Gandhi and former prime minister Manmohan Singh will be in attendance for the swearing-in ceremony.

Meanwhile, Arun Jaitley ruled himself out of the new cabinet due to health reasons. He wrote to Narendra Modi that he should be allowed a reasonable time for himself, his treatment and his health and therefore, not be a part of any responsibility, for the present, in the new government.