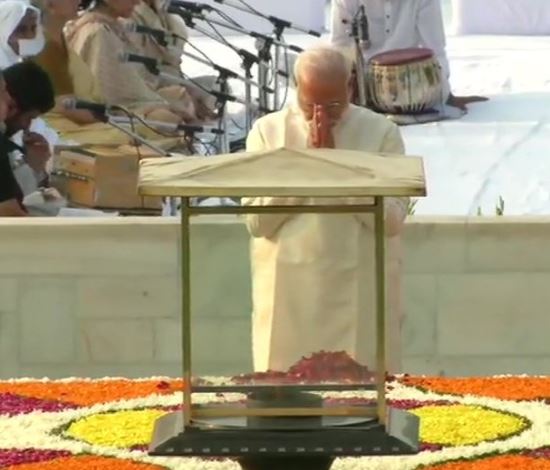 Modi reached Rajghat in morning and paid floral tributes to the Father of Nation.

PM Modi in a tweet said, “Tributes to beloved Bapu! On #Gandhi150, we express gratitude to Mahatma Gandhi for his everlasting contribution to humanity. We pledge to continue working hard to realise his dreams and create a better planet.”

Union Minister Ravi Shankar Prasad remembered the Father of the nation in a tweet.

“My tribute to Mahatma Gandhi on his 150th Birth Anniversary. Let us commemorate his birth anniversary by contributing towards Swachh Bharat and saying NO to single-use plastic. This will be our real tribute to Bapu,” Prasad tweeted.

US: Gunman shoots 3 at Pearl Harbor Naval Base, turns gun...