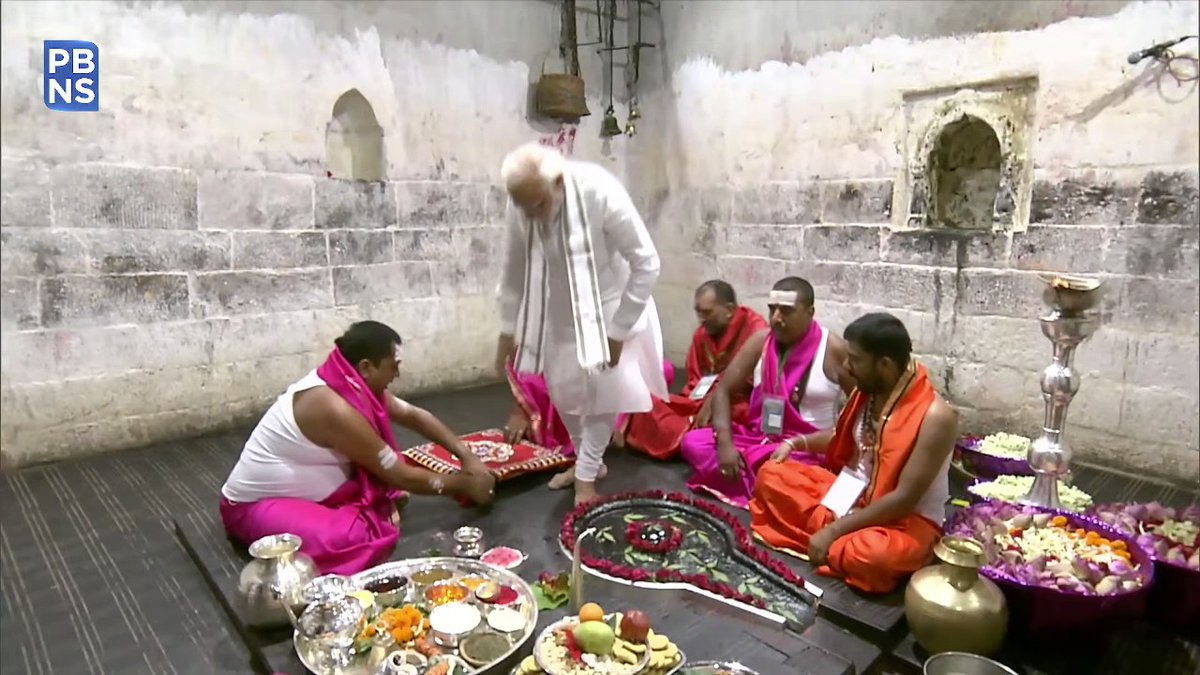 Prime Minister Narendra Modi on Tuesday offered prayers at Baba Baidyanath temple here, one of the 12 Jyotirlingas in the country, amid chants of vedic mantras.

The temple has been bedecked with lights and flowers for PM’s visit.

The shrine, around 270-km from the Jharkhand capital, attracts thousands of pilgrims every year on the occasion of Shravani Mela, set to commence on July 14.

Earlier in the day, he had laid foundation stones of projects and inaugurated development initiatives totaling Rs 16,800 crore.

“As soon as the prime minister reached the VIP door of the shrine, he was greeted with flowers amid sounds of conch-shell blowing by a group of 11 priests. He was then escorted to ‘Sammukh door’ (the front door) for Ganesh puja,” an official of the temple committee, Kartik Nath Thakur tol to media. He paid obeisance to Lord Shiva at the sanctum sanctorum of the temple, he added.

Shifting to old pension scheme may lead to liability add-up in...