Rahul Gandhi on Tuesday said that Prime Minister Narendra Modi “must tell the nation what transpired” in his meeting with US President Donald Trump after the latter claimed that PM Modi had asked him to mediate on Kashmir.

“President Trump says PM Modi asked him to mediate between India & Pakistan on Kashmir! If true, PM Modi has betrayed India’s interests & 1972 Shimla Agreement. A weak Foreign Ministry denial won’t do. PM must tell the nation what transpired in the meeting between him & @POTUS,” Rahul said in a tweet.

External Affairs Minister S Jaishankar said in the Rajya Sabha that no such request had been made by PM Modi and added that it has been India’s consistent position that all outstanding issues with Pakistan are discussed only bilaterally.

He said any engagement with Pakistan will require an end to cross-border terrorism, adding to it the minister said Simla and Lahore accords provided the basis for resolution of all issues bilaterally.

Several Congress leaders took to their twitter account, demanding PM Modi’s statement in parliament on what Trump had said.

Randeep Singh Surjewala tweeted, “Now, ‘Whitehouse’ puts up @POTUS assertion in ‘black & white’ that PM Modi asked him to ‘mediate on Kashmir’! When will our PM ‘wake up’ & call the bluff if President Trump is lying? Or Did PM Modi ask @POTUSto mediate?” 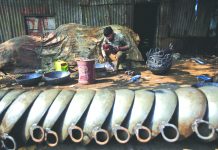 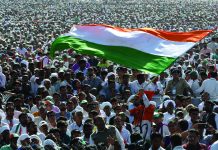