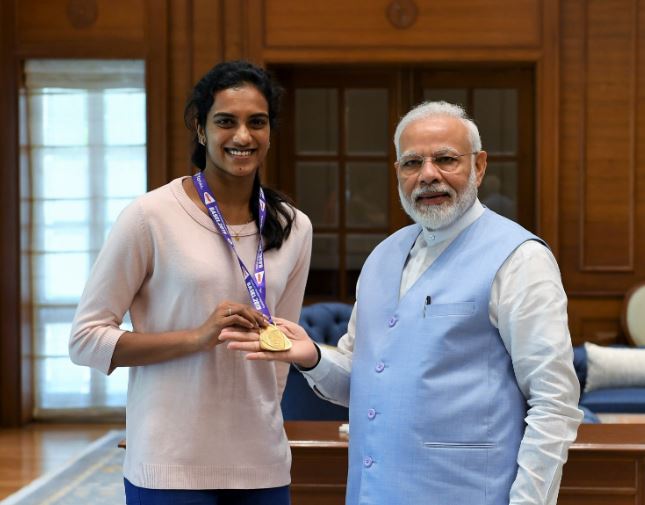 Calling her India’s pride, PM Modi tweeted photos of himself with Sindhu in which he was seen presenting her the gold medal she won in the World Championships.

“India’s pride, a champion who has brought home a Gold and lots of glory! Happy to have met @Pvsindhu1. Congratulated her and wished her the very best for her future endeavours,” Modi said in a tweet.

PM Modi had also congratulated PV Sindhu after the final. “The stupendously talented @Pvsindhu1 makes India proud again! Congratulations to her for winning the Gold at the BWF World Championships. The passion and dedication with which she’s pursued badminton is inspiring. PV Sindhu’s success will inspire generations of players,” he had said in a tweet. 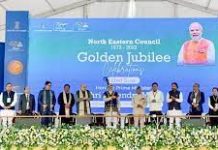 PM calls for focus on wealth generation, peace for development of...