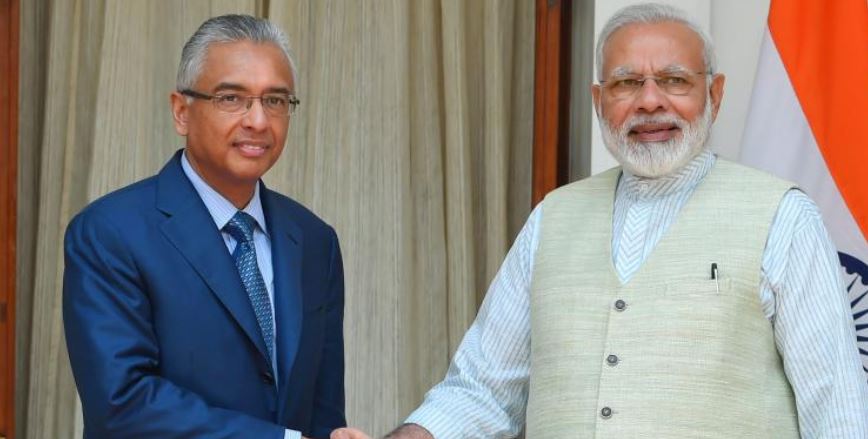 Prime Minister Narendra Modi and the Prime Minister of Mauritius Pravind Jugnauth will on Thursday jointly inaugurate the new Supreme Court building of Mauritius. The inauguration is scheduled to take place through video-conference in presence of senior members of Judiciary from Mauritius and other dignitaries from both the countries.

The building has been constructed with Indian grant assistance and will be the first India assisted infrastructure project within the capital city of Port Louis.

The new Supreme Court building project is one of the five projects being implemented under the ‘Special Economic Package’ of USD 353 million extended by the Government of India to Mauritius in 2016. The project has been completed within schedule and below expected costs. The building is spread over an area of more than 4700 sqm with over 10 floors and a built up area of around 25,000 sqm. The building flaunts a modern design and green features with focus on thermal and sound insulation and high energy efficiency, according to official release.

In October 2019, Prime Minister Modi and the PM of Mauritius had jointly inaugurated the Phase -I of the Metro Express Project and the new ENT Hospital project in Mauritius, also built under the special economic package. Under Phase-I of Metro Express project, construction of 12 km of metro-line was completed in September last year, while work on its Phase -2 envisaging 14 km of metro-line is ongoing. Through the ENT Hospital project, India assisted in construction of a 100 bed state of the art ENT hospital in Mauritius, the statement said.

The new Supreme Court Building is expected to become an important landmark in the city center symbolizing the strong bilateral partnership between the two countries.

Union Minister Nitin Gadkari to inaugurate Conference on One Nation One...